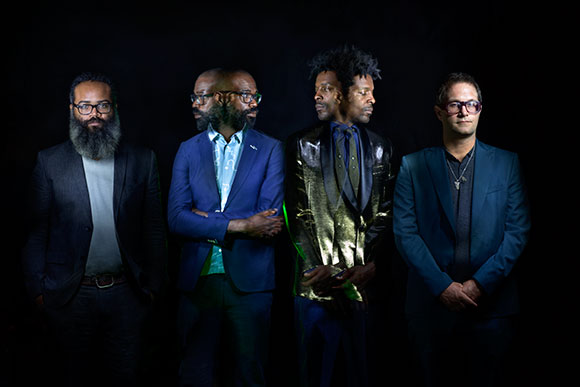 It’s been three years since TV on the Radio last released an album — 2011’s Nine Types of Light — though the group hasn’t exactly been taking a break. Last year they released a pair of new singles, and one of them, “Mercy,” landed on our Top 50 Songs of 2013. Since then, however, they’ve accumulated an entire album’s worth of new material, and it’s coming out next week (Nov. 18) via Harvest. The band’s fifth album is titled Seeds, and it’s certainly one worth looking forward to. The group has already unveiled some of the songs from the album, including “Happy Idiot” and “Careful You“.

But a couple of songs isn’t as good as hearing 12 songs, and thankfully, as of today the band’s new album is streaming in full via iTunes. So go ahead and listen to the TV on the Radio Seeds stream here.

TV on the Radio Seeds:

Tags
stream TV on the Radio