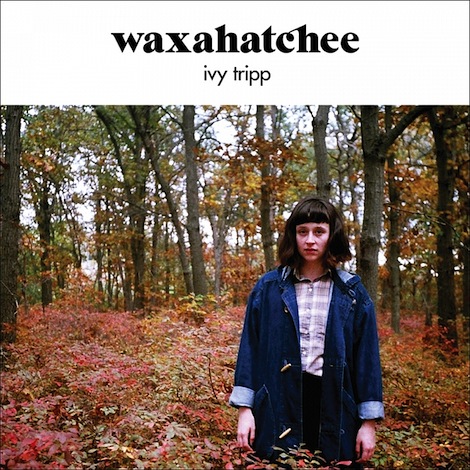 Katie Crutchfield and her sister Allison are each musicians and songwriters who specialize in a certain kind of introspective, young-person’s angst, though not in the same way. With her band Swearin’, Alison plays a more direct, and harder rocking style of indie pop that backs her highly detailed imagery and broader commentaries on identity with noisy, upbeat tunes. Katie (aka Waxahatchee), meanwhile, specializes in up-close, startlingly intimate scenes that feel much bigger than they are. The bulk of her 2013 album Cerulean Salt kept to small-scale indie pop sounds that needed little more than Crutchfield’s own guitar and voice to hit as hard as they did. But that doesn’t mean she didn’t have plenty of room to expand.

“Air,” the first song released from Waxahatchee’s Merge Records debut Ivy Tripp, doesn’t sacrifice Crutchfield’s starkly emotional lyrical style to get there. She’s gazing right into the eye of a relationship gone sour — almost literally in her words: “I left you out like a carton of milk,” she sings. And it’s not getting there in any particular hurry it seems: “When we are moving, we just pretend to be strangers lamenting a means to an end.”

Yet “Air” suggests that something certainly has changed about Crutchfield’s music, namely that she’s beginning to fill more of the space around her. Initially, “Air” rings out with merely the sparse tone of her guitar, but she lays out a clear path toward something bigger, brighter and more heroic. The space in her music is still there, but it’s distributed more artfully, the production feng shui techniques on display allowing her to wring an even greater degree of emotion and impact from her melody than before. Waxahatchee’s music may be born of broken hearts, but it’s how she rebuilds that makes it sublime.