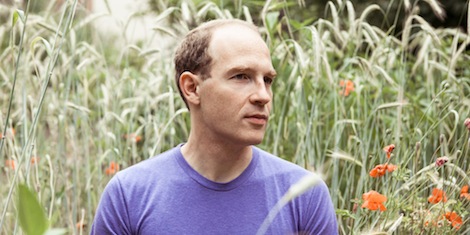 Dan Snaith, aka Caribou has already given us a lot in the past year, primarily his new album Our Love, which was one of our favorite albums of 2014. But today, Snaith just dropped one whopper of a mixtape on YouTube. He calls it “The Longest Mixtape,” and it has 1,000 songs. Yes, you read that correctly: 1,000 songs. YouTube’s coding only shows 100 songs at a time, so you have to “Click More” to see the full list, but it’s a diverse and sprawling set of music that features Madvillain, Liquid Liquid, Isaac Hayes, Clipse, Brandy, Justin Timberlake, Kanye West, Hall & Oates, Junior Boys, Theo Parrish, Steve Reid, Terry Riley, Goblin, Aphex Twin, Burial, Can, Faust, Neu!, Silver Apples, Brian Eno and way too many more to mention.

Here’s a note Snaith shared about the mix:

NOTE: PLEASE LISTEN TO THIS PLAYLIST ON SHUFFLE.

The last few years of my life have been incredible, thanks in large part to all of you – so I’ve been thinking of how to say thank you.
As you can imagine, music has been a central love of my life since I was a teenager and over the years I’ve been introduced to a lot that has stayed with me. I’ve collected the majority of that music here – and I thought sharing it with you seemed like one way I could say thanks.

I’m sure some things are under-represented or over-represented, but roughly speaking this is a musical history of my life. Of course a lot of this music has come to me through my friends – thank you to Koushik, Kieran, Jeremy, Gary, Brandon, Jason, Sam, Ketan, Ryan, Toby and many others…
Also, please share music with me that you think I would like but is not included here, in the hope this becomes a dialogue rather than a monologue.

I suggest you listen to this on shuffle as I made no attempt to sequence these tracks – I just entered them as I browsed along the shelves in my record collection. If you see dead links or duplicate songs please tweet me @caribouband.

I hope you find something to enjoy here. Thanks,
Dan

Listen to a portion of the mixtape below.