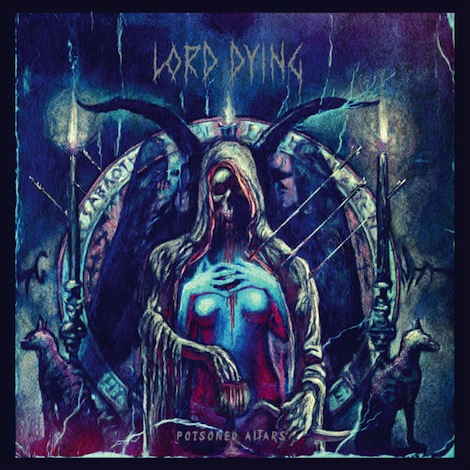 In a 2007 Slate article, Taylor Clark described Portland, Oregon as “America’s indie rock theme park,” and it’s a reputation that’s well earned. Since the ’90s, it’s been one of the country’s most reliable hubs for bohemian hipster activity, its music scene having swollen considerably since once being the more metropolitan cousin of D.I.Y. epicenter Olympia, Washington. Modest Mouse, The Decemberists, Stephen Malkmus and The Jicks, Sleater-Kinney and The Shins are just a handful of the household names with roots or residence in the Pacific Northwest town. But while indie rock continues to thrive in the Pacific Northwest town, it’s quietly (yet not so quietly) grown in stature as a top-notch American metal city. Chief among its heavier exports is Red Fang — perhaps the only metal band with a connection to The Decemberists — as well as folk metal outfit Agalloch and ominous noise-sludge duo The Body. And doom metal mystics Yob, while originally from Eugene, supposedly have a practice space in PDX.

Lord Dying is a relatively new addition to Portland’s metal community, having formed in 2010, but its members have been laying down some meaty riffs locally for considerably longer, with certain players having put in work in groups like noise rockers Black Elk and epic instrumental group Le Force. On second album Poisoned Altars, Lord Dying conjure up a thick and chunky stew of sludge riffs, occupying a fairly straightforward, if satisfying craving for muscular chug. In their greatest moments, they carry more than a hint of thrash lightning in their assault, as they do impressively on the awesomely titled “Suckling at the Teat of a She-Beast.” And their most indulgent moments of fretwork finesse — like “(All Hopes of a New Day)… Extinguished” — are frequently their strongest.

Poisoned Altars delivers a hell of an ass-kicking, and satisfyingly so when you consider the fuzzy, twee image that Portland seems incapable of shaking. Yet what it has in spades in terms of burly roar, it seems to lack in character. Sludge metal is one of the more oversaturated corners in metal of late, and even some of its more notable heroes of the ’00s like Mastodon and Baroness have seemingly taken on different directions (in prog-metal and heavy-psych, respectively). That doesn’t mean Lord Dying doesn’t have the chops to rise up and ultimately become a great band — the dazzling midsection of ultimate track “Darkness Remains” makes that perfectly clear. It just means that, for now, they’d rather play the game than attempt to change it.