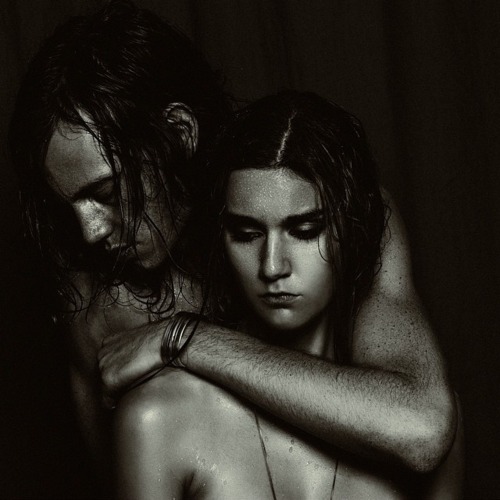 Washington, D.C. dream pop duo Gems just finished up a tour of the Southeast with similarly minded synth-based act Hundred Waters, whose The Moon Rang Like a Bell is a first-half highlight of 2014. But if you weren’t able to catch them onstage, then at least take the necessary few minutes to listen to “Scars,” their latest single (and first new track since last year’s Medusa EP). In terms of structure, it’s fairly straightforward, alternating between an enticingly dissonant verse and a catchy falsetto chorus. Vocalist Lindsay Pitts, whose lyrics here lament a couple who fight enough to know each others’ emotional weak points, has a similarly ethereal voice to many other singers in a comparably dream vein (think Braids’ Raphaelle Standell-Preston), and the arrangement’s shoegazing guitars have long been a staple of its sound. But the group’s willingness to let those elements melodically contradict each other gives “Scars” a unique edge. (Also worth noting is that recurring pitched-down vocal sample that grounds the ethereal choruses at just the right times). While this single has no confirmed LP attached to it — yet — it functions well as a soundtrack for summer stargazing and works even better as an introduction to a solid up-and-coming band.

Gems : Kill the One You Love

Gems announce debut album, Kill the One You Love