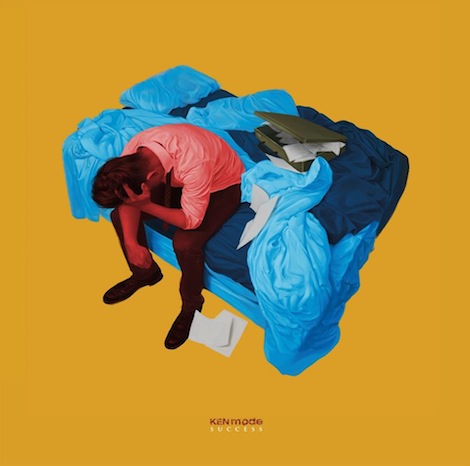 KEN Mode is releasing a new album this year, titled Success. It’s the band’s follow-up to 2013’s Entrench, and it’ll be released on June 15 via Season of Mist. And following that outstanding album, the Winnipeg-based band is shifting into what a press release states is a “more raw, indie aesthetic” that draws inspiration from post-hardcore from the early days of Touch & Go, Dischord and Sub Pop. To capture that sound, the band recorded at Electrical Audio with Steve Albini, whose resume includes many of the most ass-kicking records of the ’90s and beyond. That’s the cover artwork above, designed by Randy Ortiz.

KEN Mode has not yet released a tracklist for the album, but Noisey just debuted a video for new track “Blessed,” which is a strong display of the heavy post-hardcore the band does so well. Watch the clip below.

Ken Mode’s Entrench is one of our Top 100 Metal Albums.