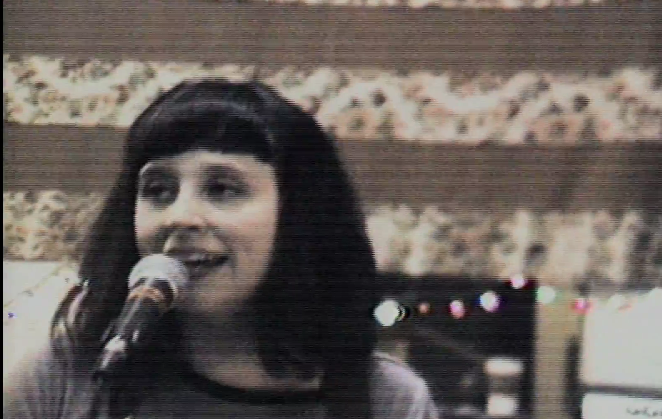 Katie Crutchfield, a.k.a. Waxahatchee is getting ready to release her new album Ivy Tripp, and today, she just released the first video from the album, for standout track “Under a Rock.” And it’s basically a trip back in time to the days of late-night MTV alt-rock show 120 Minutes, with a hard rocking, video-tape style clip featuring Crutchfield and her band performing in front of twentysomethings having a good time at West Philadelphia’s Golden Tea House. The clip even has title tags with the same font MTV used back when MTV was showing videos on the regular. All that’s missing is an appearance by Matt Pinfield. Ah, the memories. Still, it’s a great song and a fun video (and a great album — it’s out on April 7).

Watch the Waxahatchee “Under a Rock” video below.