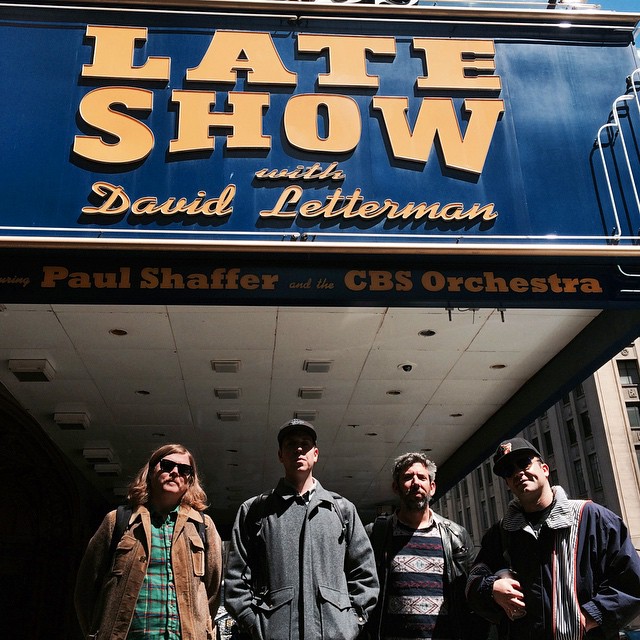 Last year, Future Islands made a pretty huge splash on The Late Show With David Letterman, when their performance of Singles standout “Seasons (Waiting On You)” became an instant meme. Letterman, for one, was as enthusiastic as anyone, and looked positively giddy after they played. So it was really only a matter of time before Future Islands returned to the show. This time, they performed their new single, “The Chase,” but it came with a message. Just before playing the song, Samuel Herring gave a shout out to the people of the band’s hometown of Baltimore: “This song goes out to the people of Baltimore. Let us not discount their voices.”

That new single, “The Chase,” was released to iTunes just after the band performed it. The vinyl edition of the single will be released on June 30 via 4AD, and will be limited to 2,400 copies. It comes with the b-side, “Haunted by You.” Both tracks were recorded in Austin with Spoon’s Jim Eno.