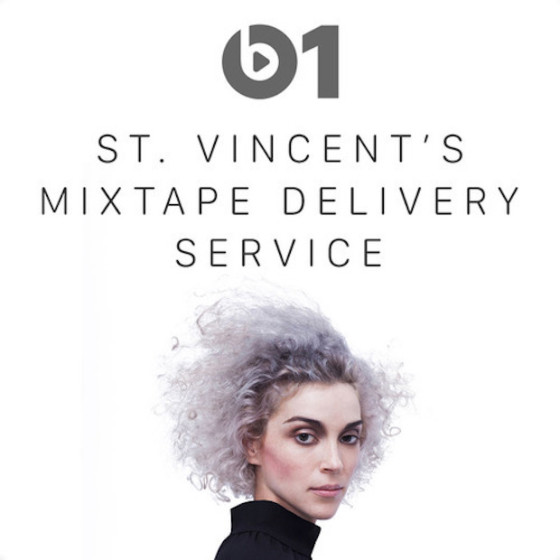 St. Vincent’s Beats 1 radio show debuted on Apple Music last night. It’s called St. Vincent’s Mixtape Delivery Service, and the premise is that Annie Clark will make you a specially curated mixtape and that becomes the program. She explains in the intro that the mix is intended “to serve as a soundtrack for whatever is going on in their lives,” and this week, the lucky individual on the receiving end was an 11-year-old named Piper.

Piper says she’s a fan of Purity Ring and Chvrches, and Clark in turn comes up with a playlist of songs that she thinks Piper will love, but likely missed, because she’s 11. They also have a chat. It’s adorable. Listen to a stream of the radio show below. St. Vincent’s Strange Mercy and St. Vincent appear on our list of the Top 100 Albums of the Decade So Far.

St. Vincent, Jason Isbell to perform on Live From Here With Chris Thile