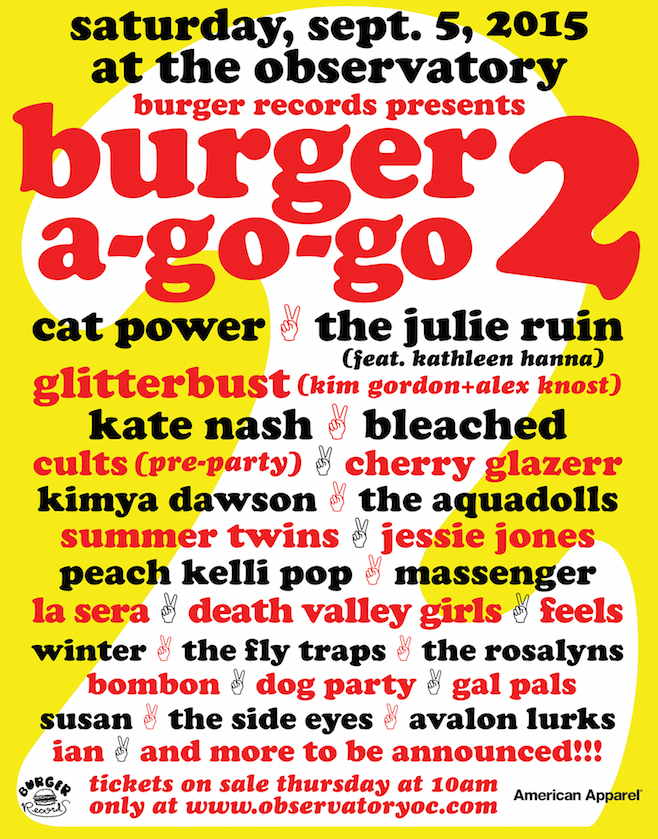 Last year, cassette label and Orange County-based record store Burger Records held the inaugural Burger a-go-go festival, which was described at the time as a “punk rock Lilith Fair,” because of its focus on female-fronted bands. This year, it’s happening again on Sept. 5 at The Observatory in Santa Ana, California. And the lineup does indeed look like it’s got some great acts on it.

Artists performing at Burger a-go-go 2 this year are Cat Power, The Julie Ruin, Glitterbust (Kim Gordon and Alex Knost), Kate Nash, Bleached, Cults, Cherry Glazerr, Kimya Dawson, The Aquadolls, Peach Kelli Pop, La Sera, Death Valley Girls, Jessie Jones and many more, with more acts to be announced in the coming months. The full lineup is on the poster above.

More details and tickets—which start at $40—are available at The Observatory website.

The Shins, Bon Iver on Zach Braff’s Wish I Was Here soundtrack