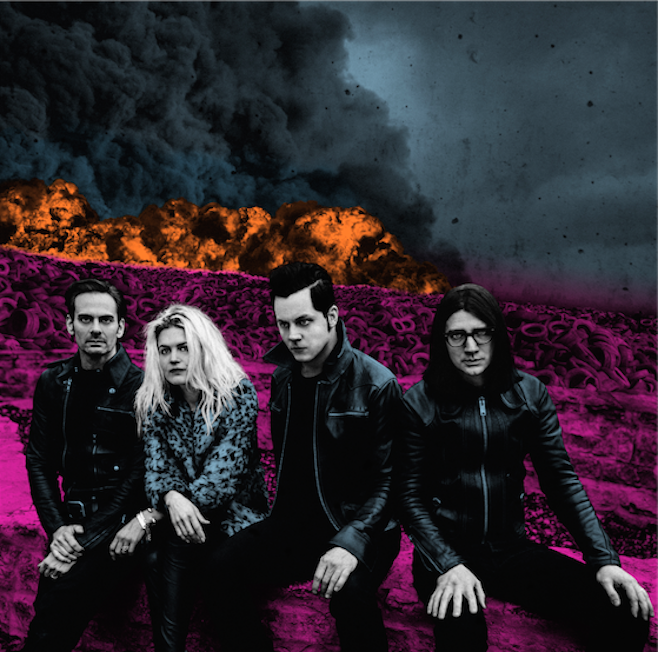 Jack White and Allison Mosshart’s band The Dead Weather is returning with new music in 2015. In September, Third Man Records will release Dodge and Burn, which is their first album since 2010’s Sea of Cowards. Songs on the album include “Open Up (That’s Enough)“, “Rough Detective”, “It’s Just Too Bad”, and “Buzzkill(er)”, all of which were released via Third Man’s vault subscription series.

Third Man is releasing the album as a deluxe edition through its Vault subscription series, which includes an alternate design for the record, a “I Feel Love (Every Million Miles)” b/w “Cop and Go” 7-inch single, and playing cards that depict members of the band as the King, Queen, Jack and Joker. Pre-order subscriptions for this edition will be open until July 31. However, the album is still planned for release in September.

The Dead Weather, which also features Dean Fertita of Queens of the Stone Age and Jack Lawrence, have no plans to tour behind this album. Listen to the Dodge and Burn sampler below.

The Dead Weather : Sea of Cowards