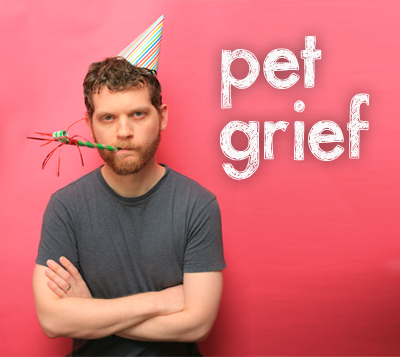 New music Tuesdays are officially dead. Today is the inaugural global release date of Friday, and from here on out, 45 countries will recognize a standard release date for new music, so as to level the playing field and solidify what was once a more scattered and disparate approach to album releases. It’s a business decision, of course, and clearly a lot of time and research has been put into arriving upon this decision. And a lot of money and effort has put into marketing the snazzy New Music Fridays website, for that matter. It’s the new reality for the music marketplace, and it’s happening one way or the other. There’s no point in fighting it, but I can still gripe about it.

The primary reason behind the change is to try to boost sales in an industry where most trends have gone in the opposite direction. This makes sense in the abstract; more people are likely to go out and make some impulse buys on a Friday than they are on a Tuesday, especially when you consider that Friday is also a pretty standard payday for a lot of businesses. Employer makes deposit, employee goes and buys some records—I’ve certainly done that plenty of times, but I doubt that my habits are in any way representative of the rest of the market. After all, I still buy physical media (pretty much only vinyl at this point). And while 5.6 millions vinyl LPs were sold in the first half of 2015, that’s not that big of a number in the scheme of things. So much more of the market is digital, and when everything’s digital—where instant gratification is the rule and not the exception—that many artists aren’t even bothering to go through the traditional release cycle. Beyonce released a surprise album. Drake released a surprise album. And Kanye West is probably going to release a surprise album. After all, when someone knows something is coming, it gives them an opportunity to leak it.

Which brings us to another motivation behind the switch to Friday from Tuesday (or Monday or Thursday, depending on the country): To prevent piracy. Because of course it is—almost everything that happens from an industry standpoint in music is to prevent piracy, and has been that way for a decade or so. The reasoning goes that someone in one country who has access to music before listeners in other countries can then upload something to the Internet and, a day or more before the official release date in another country, the album illegally leaks. Which might have made sense when Napster was still novel, but now music leaks long before an album is ever released. And plenty of artists have already taken it upon themselves to take action; when Björk’s Vulnicura leaked earlier this year, she went ahead and made the album available weeks ahead of its release date. At that point, why even bother trying to stick to your plan?

Not everyone’s Björk, however, or Beyonce or Kanye, and it still makes sense for a lot of artists, labels and retailers to maintain some kind of uniform organization to keep the sale and consumption of music orderly. Still, new releases on Friday—despite whatever numbers are speaking to the industry bigwigs—seems likely to be more of a hindrance to brick-and-mortar shops than anyone. Beggars Group head Martin Mills laid out his own grievances about the decision, noting that restocking albums will take longer if release dates fall on a Friday, and that it actually could likely negatively affect sales earlier in the week.

“I have concerns about the proposed global release day,” said Mills in remarks about the change. “Whilst I acknowledge the needs of a digital world for coordination, it seems to me to be crazy to throw away one of the trading week’s two peaks, and the ability to re-stock and rectify errors before the week’s second peak. And it astounds me that the major labels are not listening to their customers [the retailers], their interface with their artists’ fans.”

None of us really knows if that’s going to happen, of course—it’s entirely possible that Friday release dates could be a boon for mom-and-pop retailers as well. But there’s certainly going to be an adjustment period, and plenty of media outlets have already had to change their scheduling to accommodate the new rules. Billboard is now reporting chart data on Thursdays instead of Mondays, and NPR is now launching its First Listen pre-release streams later in the week, as well. (Treble will pretty much follow the same schedule it always has, with reviews going up the week of release, only a few days earlier.) Oh, and in-store performances at record shops? Those are probably happening more infrequently, too, since weekends place higher demands on artist schedules.

Mills could be right, though, and while major labels and industry associations aren’t beholden to small, independent retailers, the decision still seems to favor the biggest labels, the biggest artists and the biggest retailers at the expense of everyone else. It remains to be seen what the true ramifications are for Friday becoming the standard day to dive into new piles of records, but on a personal level, it’s kind of a bummer. Perhaps I’m a dork for saying so, but I have nothing but fond memories of buying new music on Tuesdays. I bought Radiohead’s OK Computer on a Tuesday when I was in high school, and I probably had homework or other things to worry about, but I couldn’t get past the fact that I was hearing something that would change how I would listen to music for a long time. I bought DJ Shadow’s Private Press on a Tuesday, after interviewing for a job that—between seeing the Internet post and meeting with the company—had embarrassingly morphed into door-to-door sales. I bought Elliott Smith’s Figure 8 on a Tuesday, during spring break of my senior year of high school, when the gravity of going to college and doing adult stuff hadn’t yet set in. And I bought Neko Case’s Middle Cyclone on a Tuesday, the last CD I ever bought before giving up and committing to vinyl, during a blackout on my street that left me with nothing better to do than to take a drive and buy some music.

I have probably hundreds of stories like these. I won’t name them all, but the point is that Tuesday was an island of joy and enlightenment in what are often mundane or stressful weeks. On Friday, new music has so much more to compete with—like new film openings, or getting really drunk. I don’t mean to forecast doom and gloom—after the initial adjustment period, small retailers are likely to find their rhythm, despite the logistical hiccups. And in the scheme of things, if it does actually encourage more people to buy music, then that would be fantastic. But while it felt special to be able to pick up new music on a Tuesday, it’s hard to muster the same enthusiasm for new music Friday. This is kind of bumming me out, maybe I should go buy some records. 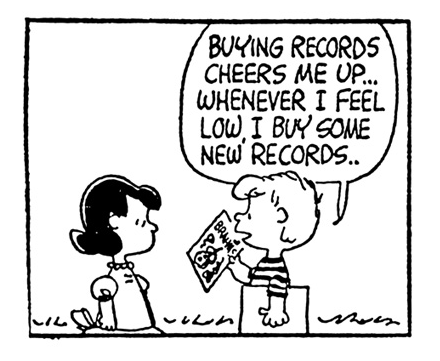 Q Magazine shuts down after 34 years