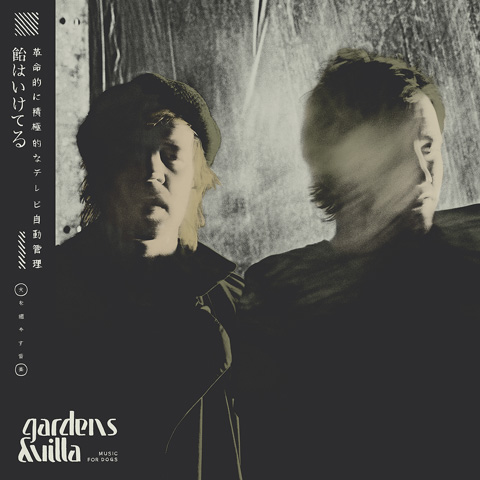 Reinvention can do wonders for a band. Just look at Tame Impala and their excellent release Currents. Lead singer Kevin Parker had already made clear that he and his band were interested in pursuing another musical direction and fortunately, because of the strength of the songs, it worked. But when artists make a point to state in press releases that they’re trying to reinvent themselves, it can sometimes backfire. Even worse, it can set up unrealistic expectations, or set an artist up for failure.

In a press release for new album Music for Dogs, Santa Barbara (via Los Angeles) band Gardens & Villa have made note they’re ready to explore other musical territories. They’re still in a strong position as a band, because they’re still relatively new and have plenty of room to maneuver. But regrettably their third record doesn’t really seem to get them moving in any type of direction. Music For Dogs is an attempt to escape their early indie pop routes and opt for a much more different and distinct sound. All throughout the album, each track is a halfhearted in attempt in trying to develop something unique or new, but there’s still something holding them back from fully accomplishing that. It’s hard to pinpoint exactly where the album truly suffers, because it’s as if each composition gets duller and uninspired by the album’s end. “Maximize Results” begins with what sounds like an exciting piece of production with its drenched synths and drum samples, but its structure as a song is erratic and, at times, unbearable, primarily because of lead singer Chris Lynch’s shoddy vocals and half-hearted falsettos littered throughout. Although their latest single “Everybody,” does sound like a tighter written song, it still lacks any kind of enthusiasm or energy.

The ideas presented in Music For Dogs are difficult to understand because there’s nothing all that concrete. These compositions sound manufactured to fit a certain genre and, for the most part, each song seems like a blatant rip-off of the other, only adding to a chain of redundancy. There’s no doubt that they have a marketable, festival-ready indie rock sound. But those elements alone cannot make up for the overall laziness that littered throughout Music For Dogs. Gardens & Villa will have to re-focus and further flesh out their ideas and more strongly establish their identity. Whatever impact Music For Dogs leaves, it isn’t a lasting one.

Bear In Heaven – Time is Over One Day Old