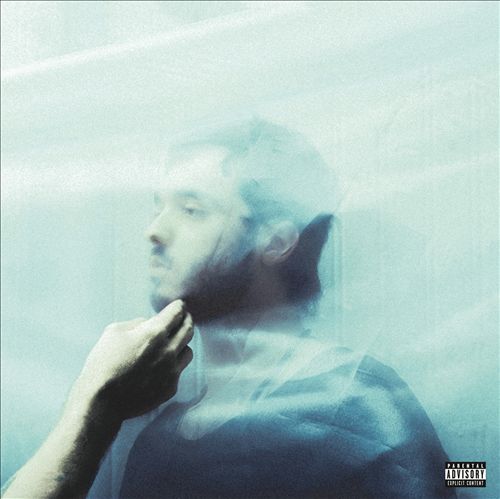 Soundscape is a somewhat overplayed word—a critic’s word, borderline rote at this point. Yet it does apply well to what multi-instrumentalist/producer/singer/semi-rapper Boots (born Jordan Asher) does on AQUARIA. The production—a sea of synths, occasionally intruding guitar, jagged noise and almost-arrythmic-but-not-quite percussion—evokes a universe of sound that is distinct and draws in the ear despite its readily apparent intensity. It’s now well known that Boots co-wrote and produced nearly 75 percent of Beyonce, including nearly all of its most forward-thinking tracks (hello, “Haunted,” I still love you) and the same futurist sound pervades AQUARIA. Where it gets into trouble is, well, its presentation as a songwriter’s record.

To walk that back a second, the fault is not in obvious areas like Asher’s voice, which is perfectly competent and in some moments, like “I Run Roulette,” quite expressive. (His semi-rapping is less successful, but even that is never demonstrably bad—it just isn’t one of his strong suits.) It’s not even in their structure as songs, because they work, nominally, as verse-chorus-verse-bridge-etc. constructions. But these are all parts, and the sum you’d expect from doing the album’s math on paper is not identical to the one you get when listening to AQUARIA.

Sometimes, as on the one-two of “Gallows” and “AQUARIA” or the rumbling chaos of “Earthquake,” the problem is great production that doesn’t need vocals at all. (Indeed, if AQUARIA had been released as a beat tape a la those Clams Casino releases from the past few years, I think there’s a decent chance it would be written up as one of 2015’s better records.) In other instances, it’s the lyrics that blow it. First single “C.U.R.E.”, in particular, seems like a lyric sketch that El-P (a co-producer on AQUARIA) wrote in a hurry before scrapping days later, resurrected with new Boots music. It’s a performative, diluted version of the caustic social commentary that El does so well on his own records and with Run The Jewels. The title track and “Bombs Away” also suffer from this malady.

But yet again, this isn’t a problem that persists across the board. Songs with what seem like more personal, albeit abstract lyrics such as “Brooklyn Gamma” and “Only” are intriguing and even, in the latter’s case, moving. They bring a grounded, relatable sensibility to the apocalyptic sentiments expressed throughout AQUARIA. But Boots seems torn between making the sociopolitical personal and throwing explicit, obvious harangues at it, and that ultimately defangs the album, which doesn’t end so much as peter out into aimless ambience like Radiohead on an off day (so, The King of Limbs, I guess, but even that exceptionally bad album had ambition that this one lacks).

Perhaps the clearest lesson from AQUARIA, highly uneven yet promising and even fascinating in parts, is that Boots would benefit greatly from a collaborator. In addition to the work on Beyonce that made him, he produced all of the brilliant, nightmarish FKA twigs EP M3LLI55X, which instrumentally is some of 2015’s best music but is tied together by the demon-coquette vocals of its top-billed star. It’s possible that he’s a Geoff Barrow in need of a Beth Gibbons. In the meantime, there’s a fair amount to admire about what Boots has done on his own, but not much aside from the production—which we already knew to be good—that sticks with you.

The Weeknd – Beauty Behind the Madness