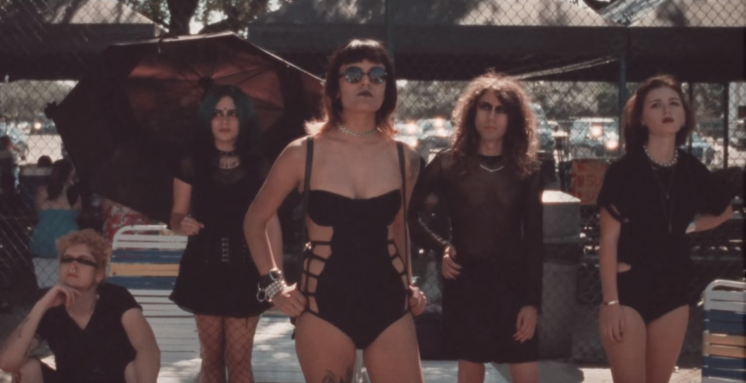 Chvrches have just debuted the new video for “Empty Threat,” from their outstanding sophomore album Every Open Eye, which was released in September. It’s the second official video from the album (you know, not counting lyric videos or whatever), following the similarly water-themed “Leave A Trace” clip. Directed by Austin Peters, the new clip features a bunch of goth-looking kids driving around, smoking cigarettes and drinking booze from paper bags, as well as generally looking sinister. Halfway through it takes a turn when the sinister teenagers head to a water park. And there’s something pretty fun and amusing about tattooed, fishnetted, parasol-carrying outcasts going down waterslides and splashing around in pools. It looks like fun to us!