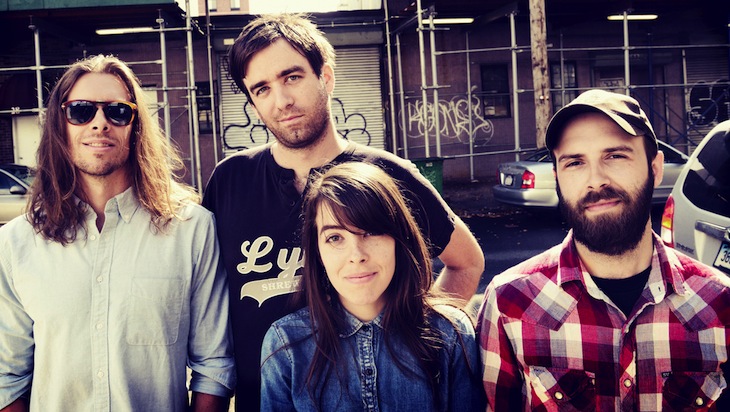 In about two weeks, Treble will publish a list of our favorite albums of the year. And we listened to a lot of records in order to slim it down to a lean 50. In fact, the list of albums voted for is more than 300 titles long—337 to be precise. And yet, despite having such a colossal pool to pick from, and many more that we didn’t like quite as much, we still somehow missed some great albums. It happens every year. No matter how many good albums you can spend a year with, there’s always a handful that you end up overlooking. So before we get on with our list of the absolute greats, here’s our attempt to play catch up (and administer a mea culpa). These 10 albums flew right under our radar, and we’d like to make amends for the oversight. Call them Honorable Mentions, Runners Up, or whatever you like. But make no mistake, there’s nothing but incredible sounds to be heard in our Overlooked Albums 2015. 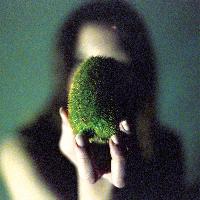 In my defense, I didn’t actually overlook this album. I listened to it many times, and found it utterly breathtaking. It’s just that, well, somehow no mention of that ever ended up here. Let’s remedy that; Haley Fohr’s latest full-length under the Circuit des Yeux name is a breathtaking work of haunting, yet human art pop. Fohr balances many odd and disparate styles, sounds and influences throughout—minimalism, chamber pop, ambient, Scott Walker’s The Drift—and builds them into a singer/songwriter record that’s as much about the atmosphere she creates as it is the woman at the center of it all. It’s a slow-moving record, immediate only in small pieces and often intimidating in approach. What comes through most strongly is Fohr’s vocals, however. They’re never lost in the arrangement, her low-pitched and powerful cries too full-throated and idiosyncratic too ignore. And in moments such as the climax of “Ride Blind,” she uses that power to guide a galloping horde of awe-inspiring sounds. Not every song here is so loud or dramatic, but just about everything is unforgettable. – JT 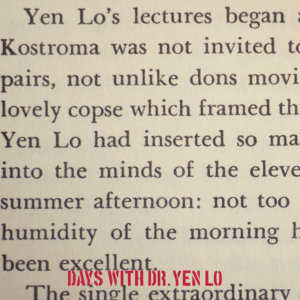 Hip-hop in 2015, some observers will tell you, is all about the beats. But, while the tracks on Days With Dr. Yen Lo show off an impressive knack for production, there’s hardly a traditional “beat” to be found on the collaboration between producer Preservation and emcee Ka. Rather, the duo take a deconstructed approach to ’90s east coast hip-hop a la Wu Tang, with Ka unleashing pounding verses over relatively minimalist compositions. The result is not only tasteful, but somewhat menacing as the absence of furious beats give the emcee’s words all that much more power. – ATB 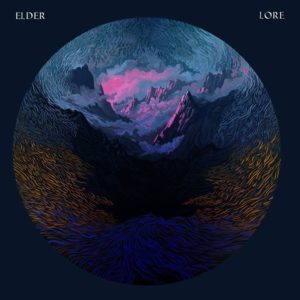 Within the first minute or so of Elder’s “Compendium,” the leadoff track from the Providence stoner-rock outfit’s third album Lore, a long list of influences spring to mind: Sleep, Kyuss, Led Zeppelin (the “Immigrant Song” riff even shows up for a brief moment) and Yes, to name a few. The trio’s no doubt spent their time with the canon—and likely consumed a few substances off of its LP sleeves—but it’s not so much what goes into the band’s ultra-heavy sausage grinder that’s the most interesting. Rather, it’s the intricate end result that comes out the other side, a magnificent mixture of heavy riffs, mesmerizing psychedelic melodies and epic, soaring anthems (and a few passages that wouldn’t be entirely out of place on a Sunny Day Real Estate album—no joke). Elder thinks big. Not necessarily “Dopesmoker” big, but considering how many ideas the band crams into a jaw-dropping 59 minutes, their scope is arguably more cosmic than the sum of their influences. – JT 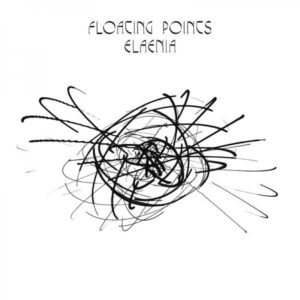 It takes a while for Floating Points’ Elaenia to get off the ground. There’s not a single beat to be found in leadoff track “Nespole,” its bouncy, off-kilter build-up segueing into an acid-synth sequence that hints at the impending drop of a house beat at any moment. But it never comes. It’s all just mood and atmosphere, laying down a neon-lit path toward the first real show-stopper of the album, “Silhouettes (I, II, III)”, which is as much a nu-jazz exploration as it is an electronic dance track. Sam Shepherd, the UK producer behind Floating Points, has a more eclectic palette than most, transitioning between ambient, IDM, progressive and even pop sounds, never missing a beat but sometimes abandoning them entirely. By the last song, “Perforation Six,” Shepherd has already covered so much ground that he delivers the most stunning encore possible by writing the best Radiohead song in, oh, about eight years. Now that’s just showing off. – JT 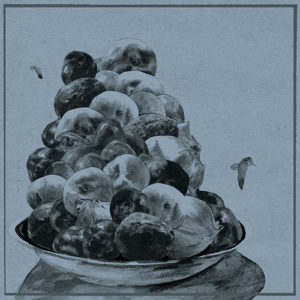 Back in October, when Philadelphia’s CityPaper announced it was closing up shop, music editor Patrick Rapa mentioned in his lengthy, sad, funny and above all passionate goodbye letter that his artist of the year was Hop Along. The runners up were Waxahatchee and Kurt Vile, to give some indication of the competition they were up against. Which is to say in a city overflowing with musical talent, Hop Along stand out with a uniquely powerful sound. The group’s second album (third if you count frontwoman Frances Quinlan’s debut as Hop Along, Queen Ansleis), Painted Shut is the rare indie rock recording in 2015 that sounded like it was made by a band that gave a shit. And give a shit they do: Quinlan is a commanding frontwoman, equal parts tenderness and tenacity, her vocals aimed at the heart but just as likely to come crash landing into the gut. She’s well matched by a set of musicians that combine haunting melodies with a roaring post-hardcore sensibility, and it adds up to an emotionally exhausting but breathtaking 39 minutes. Yeah, maybe we missed this one, but Hop Along more than earns their Artist of the Year nomination. – JT 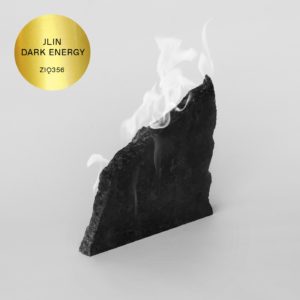 As footwork emerged from the Chicago underground with figureheads like RP Boo and the late DJ Rashad, the question remained: Where will footwork go? What happens when the genre strikes out to new territory? Since her first tracks in 2011, the Gary, Indiana-based Jlin has worked to hone her craft; Dark Energy is the breathtaking result. Harsher and less reverential to hip-hop and R&B, Dark Energy forges a new path—songs smolder with bristling darkness. There’s a tenacity and exhilarating fire pervading Dark Energy, Jlin’s is a new sound, boding well for the future of the genre. – JI 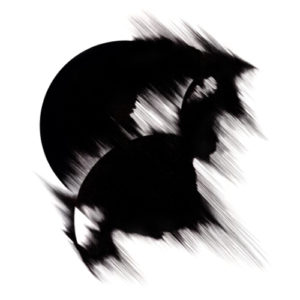 The darkening landscape of electronic music has been an overwhelmingly positive development, be it through the menacing industrial tension of Ben Frost or the grimy dub techno of Andy Stott. Dublin’s Lakker falls somewhere between the two, the duo’s beats pulsing with mechanical efficiency and disembodied, spectral voices cooing with an eerily otherworldly glow. And on their new album Tundra, they turn their found-sound field-recording approach into a symphony of macabre, gracefully and gorgeously turning odd bits of recorded sound into ornate, gothic pieces of electronic majesty. It’s at turns breathtakingly ghostly (“Milch”) and punishingly distorted (“Mountain Divide”), but at no point is Tundra anything less than absolutely mesmerizing. – JT

Rituals is the third album by Oklahoma art-rockers Other Lives, their first since 2011’s Tamer Animals earned the band slots as openers on tour for Radiohead and Bon Iver. Traveling the world with those bands informs quite a bit of Rituals, which lyrically explores feelings of uncertainty and being unmoored. But the album’s real strength is in the lushness of its production; there’s a cinematic grandiosity to the layered instrumentation, which creates a sublime, dreamy landscape that, on tracks like album highlight “Beat Primal,” can thrillingly drop out from under you. While the band’s first two records created a distinctive sound, this is the first to really showcase the scope and clarity of their ambition. – SP 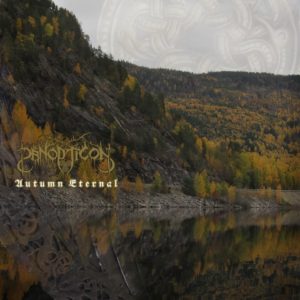 Austin Lunn, better known as one-man black metal maestro Panopticon, returned in 2015 with a vivid homage to the fall season. Autumn Eternal marks a stylistic change in Lunn’s music as he moves away from folk-infused black metal and into a darker, more melodic sound. Songs like “Oaks Ablaze” and “Sleep to the Sounds of Crashing Waves” show off Panopticon’s uncanny ability to construct atmosphere in his music. Autumn Eternal is the rare album that evokes vivid imagery and allows the listener to explore a large emotional breadth. It is a magnificently enthralling experience. – CD 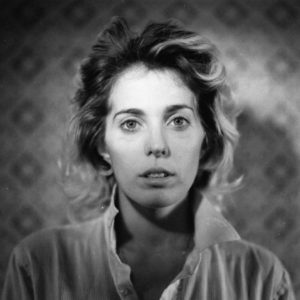 U.S. Girls is a misleading name; it’s actually the work of one woman, Meghan Remy, and she lives in Canada. Not that such minor details really derail the haunting electronic pop that Remy conjures up on her sixth full-length release (counting about three CD-Rs) and 4AD Records debut, Half Free. The music doesn’t sound like the work of a solitary person toiling away in the studio, however. It’s full of life and mischievous spirits, hip-hop beats colliding with eerie, atmospheric samples and eclectic pop detours. The tropical pop flourishes of “Window Shades” find the meeting place between Balearic and torch song, while “New Age Thriller” is a lot more thriller than new age, its bright stabs of synth and piano building a palpable tension. In some ways, U.S. Girls shares a lot in common with cowboy noir sample architect Daughn Gibson (if his songs were sung by Glass Candy’s Ida No, perhaps), whose own beat-driven compositions are quirky roads that lead to dark destinations. But Remy is her own creative, curious force, conducting her own stunning, misfit-toys symphony. – JT