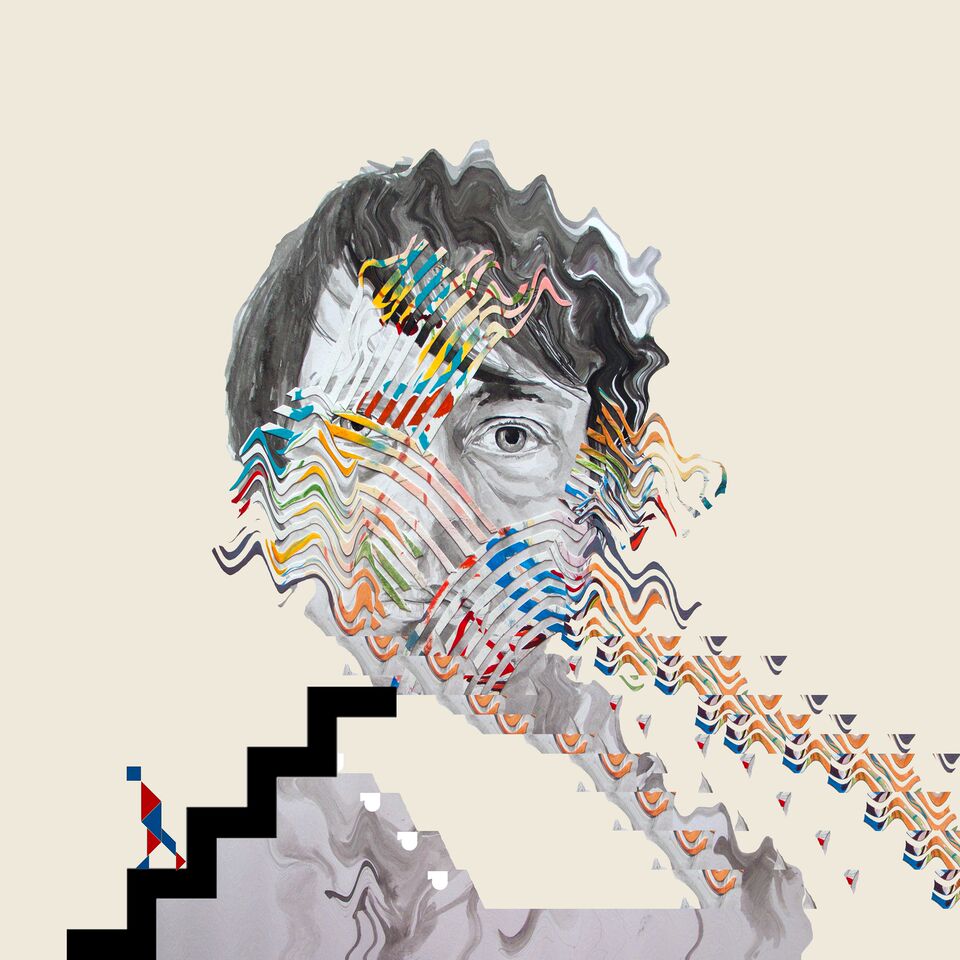 Animal Collective returns in 2016 with new music. On Feb. 19, the psych-pop outfit will release Painting With, via Domino. The new album was made as a trio, comprising Avey Tare, Panda Bear and Geologist, and features what Tare describes in a press release as “really short songs: no B.S, get in, get out material…” That’s one variant of the album’s artwork above, designed by Brian DeGraw of Gang Gang Dance. There are three different panels, each one depicting one member of Animal Collective.

The album was recorded at EastWest Studios in Hollywood, and will be available in CD, LP, digital and a limited edition LP with a bonus 7-inch single, featuring two non-album tracks. The first single from the album is “FloriDada,” which you can stream below.