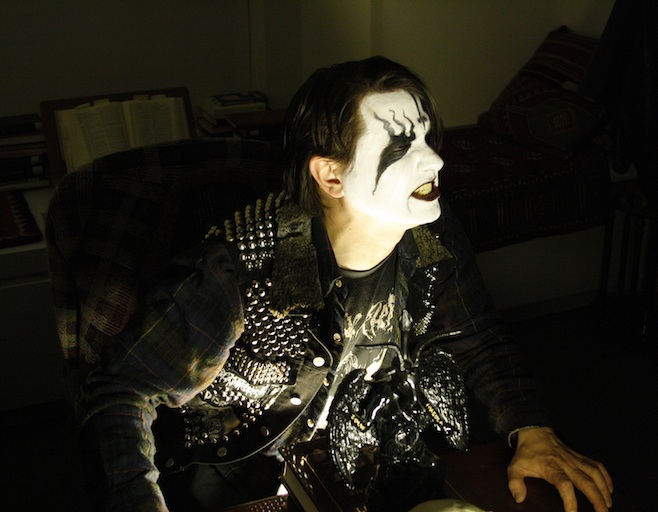 Drew Daniel, one half of electronic duo Matmos, just released a new album under his The Soft Pink Truth project. It’s called Why Pay More?, and it’s his second album since he revived the project last year, following a 10-year break. Daniel describes the album as “YouTube-search-query based plunderphonic house music,” and it’s been posted to Bandcamp as a pay-what-you-want download.

“‘What’s A Computer?’ and ‘I Love Your Ass’ are refugees from the era of the Do You Want New Wave? album and are left untouched,” Daniel says in a Fact article. “‘Fire Island of the Mind’ dates from the beginning of the Soft Pink Truth project, but has been remixed.”

The Soft Pink Truth releases crust-punk covers album, Am I Free to Go?

The Soft Pink Truth : Shall We Go On Sinning So That Grace May Increase?

The Soft Pink Truth announce new album, Shall We Go On Sinning So That Grace May Increase?

The Soft Pink Truth : Why Do the Heathen Rage?