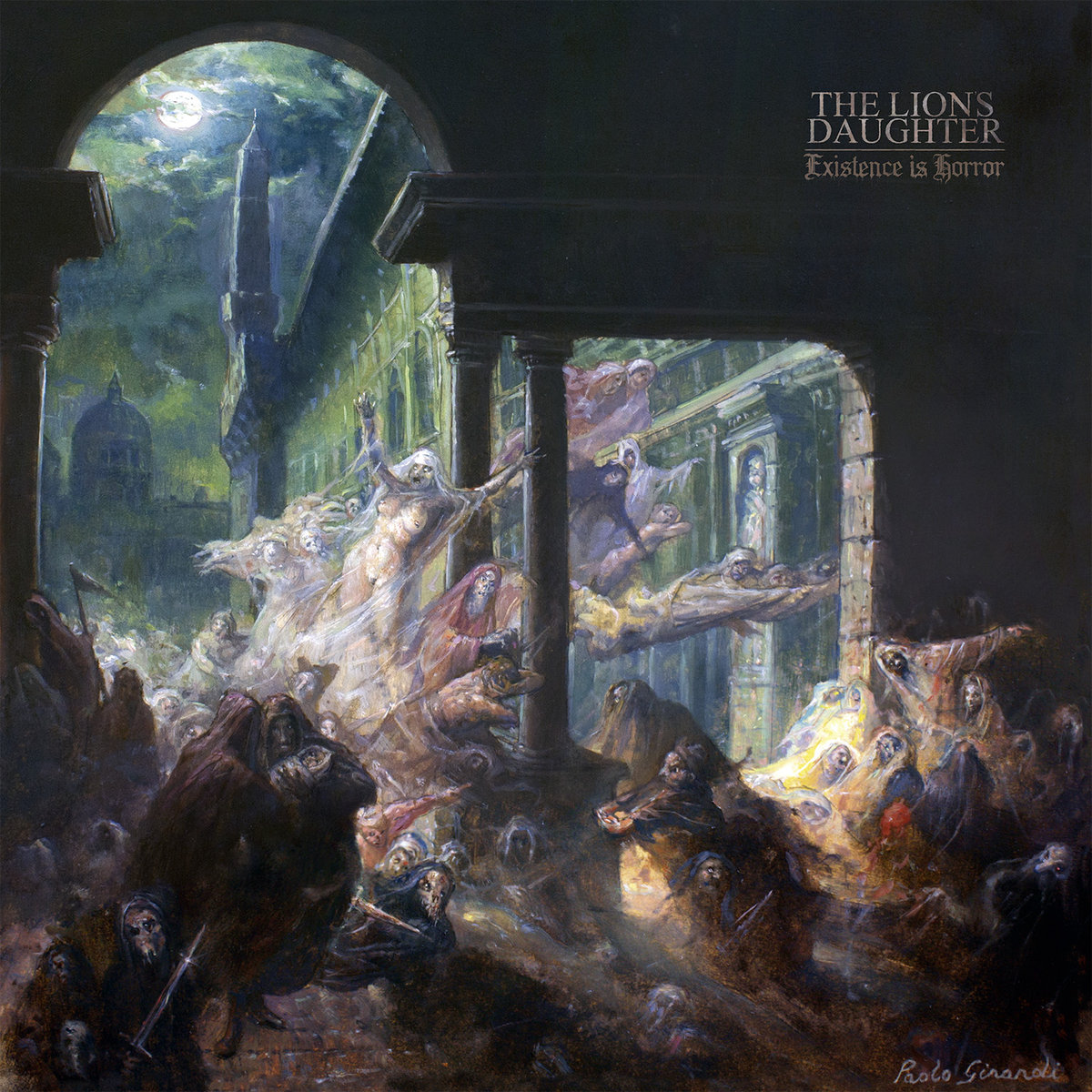 “Fuck you and your bland, safe entertainment,” says The Lion’s Daughter vocalist and guitarist Rick Giordano in a December interview with Bloody Disgusting, commenting on the crossover appeal between horror cinema and metal music. “I have the balls to dive into a part of my brain that most people would rather pretend doesn’t exist, and enjoy the fuck out of it.” The cross-media connection of which Giordano speaks has seemingly existed for nearly as long as metal has existed; “Black Sabbath,” the first song on the first genuine metal album, is itself a kind of horror story set to slow-moving, downtuned riffs and chilling atmosphere. But The Lion’s Daughter is a very different kind of metal band than Black Sabbath. The kind of horrors that The Lion’s Daughter tap into are less about cartoonishly absurd splatter or superstitious hauntings than something more visceral and primal. The Lion’s Daughter’s music sounds much more like an all-too-palpable struggle for survival.

On third album Existence Is Horror, The Lion’s Daughter ratchet up the intensity to a relentless degree. They’re generous enough to offer a slight warning in the form of intro track “Phobetor” and the brief but effective opening doom riff to “Mass Green Extinctus,” which serve as a darkened spiderweb-lined pathway into a cavern of noxious eruptions, venomous beasts and savage predators. Yet it’s only once the St. Louis band makes that transition from ominous to “holy shit!” intensity at “Mass Green Extinctus”‘s 30-second mark that Existence of Horror springs to life. Within two and a half minutes, the band transitions between bright flashes of psychedelic black metal, the thick churn of sludge and the atmospheric bleakness of doom, all churned up in a chaotic yet ultimately thrilling spin cycle.

The Lion’s Daughter never adhere too closely to any one of metal’s perpetually sprouting branches, and they transition between different approaches frequently and ferociously. They often resemble a more manic and claustrophobic version of Tombs, who also previously worked with Existence is Horror producer Sanford Parker. But where that band sometimes explores various abrasive ideas within a more vast and expansive space, The Lion’s Daughter seemingly fill every moment with exclamation-addled sound, from the dissonantly descending riffs on “Nothing Lies Ahead” to the dense chord strata of “Four Flies” and the surging discordance of “Midnight Glass.” The intro to the latter is one of the album’s most effective representations of the horrors that The Lion’s Daughter embrace as both inspiration and aesthetic. It feels like undead hands grasping at your dangling legs as you clamor, however futilely, to safety. Existence Is Horror offers parallel experiences both harrowing and invigorating. Listening to it might seem like an endurance test in its most unrelenting moments, but it’s never so horrific to not crave another race to the summit.

Indian – From All Purity