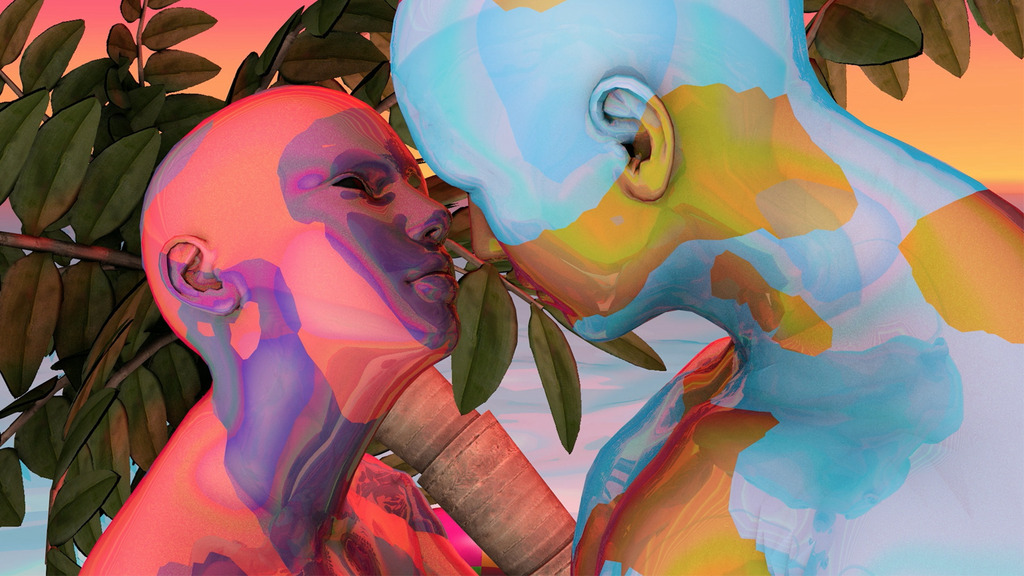 On February 19, Animal Collective release their new album, Painting With. In November, the band shared their first single from the album, “FloriDada,” and now the track has a sufficiently psychedelic video to go along with it. The clip, which was directed by sometimes Adult Swim directors PFFR, is a trippy, animated video that depicts a couple of amorous, shape-shifting figures. It’s not explicitly sexual by any means, though there are lots of suggestive spirals of legs, and a swaying image of Florida(da) that looks more phallic than usual. It’s very colorful and fun, but viewers take note: Animal Collective have included an epilepsy warning because of the brightly flashing images in the video.