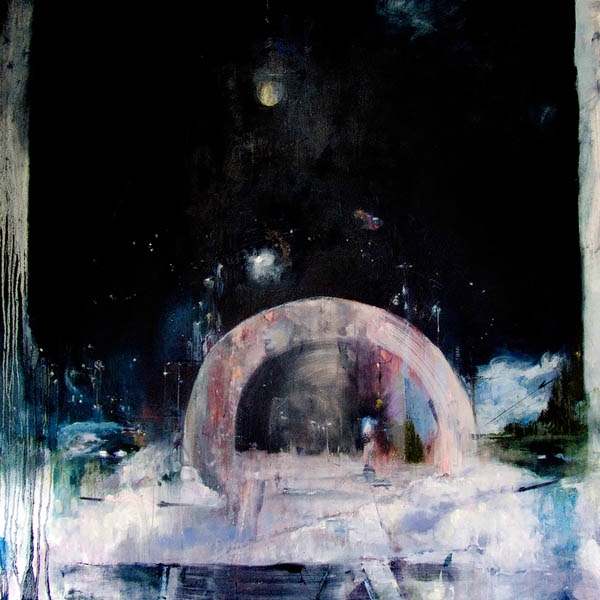 Every song on Not to Disappear, the second album by London trio Daughter, feels incredibly intimate. That’s primarily the result of singer Elena Tonra, whose soft, breathy vocals are sometimes delivered in such a way as to feel like words spoken like secrets between confidants, or like the faint echo of an inner monologue. We’re dropped right into the middle of a deeply emotional and private thought process. Tonra’s words frequently sound like reassurances to herself rather than shared thoughts. She laments, “I feel numb… I feel numb in this kingdom,” in the gorgeously building “Numbers,” and “I’m trying to get out… Not to cross myself out/ Not just disappear” in the breathtaking opening track, “New Ways.” They don’t feel like confessions, though. To call it that would feel too salacious. Rather, these are poetic moments of ache and quiet desperation that might otherwise go unnoticed.

It’s fitting that Tonra, along with guitarist Igor Haefeli and drummer Remi Aguilella, put these moments of confusion and heartbreak into an equally delicate musical context. It’s not totally accurate to say that Daughter is a quiet band. Most of the songs on Not to Disappear start there, but that’s rarely where they end up. They’re slowly evolving compositions, taking on fluid transformation from gentle lullaby to dramatic art-pop colossus and back to misty ambience in the course of four or five minutes apiece. The emotional anguish of Tonra’s narratives finds an equally soaring complement in the songs’ arrangements, exemplified in “Doing the Right Thing,” which was written about Tonra’s dementia-afflicted grandmother. There’s a haunting hush when she sings, “I have lost my children/I have lost my love/I just sit and silence/let the pictures soak,” but it’s met with an explosion of distortion and minor key torment.

Not to Disappear often follows a steady sequence of rise and fall, but there are some great pop songs amid the climactic post-rock lullabies. “How” is one of the strongest, a slow-motion shoegaze pop whose echoes and whooshes sound a bit like Sigur Rós in miniature. “No Care,” likewise, is the shortest song and by extension the most immediate. It arrives with sputtering beats and a low-end guitar riff that provides a backdrop for an uncharacteristically abrasive, high-intensity delivery from Tonra that cycles back to a refrain of “I don’t care, I don’t care anymore.” It’s not totally out of step with the rest of the album, though it’s a badass change of pace from a series of songs that require a level of time and patience beyond immediate gratification.

Delayed though the gratification might be from the album’s slower, more gradually unfolding songs, there’s a greater level of awe to be found in watching these slow-motion animations unfold. For the full minute that “To Belong” takes to reach its first chorus, the presence of its trip-hop beats and distorted, reverb-laden guitars seems to grow with each measure, like an aqueous surface crystallizing in real time. Patience might very well be required to appreciate the beauty of “New Ways,” whose echoing beats dissipate like a person’s breath on a frigid winter morning, or the devastating emotional resignation of “Doing the Right Thing.” But there’s something immediately satisfying about hearing a band that places value on taking it slow.