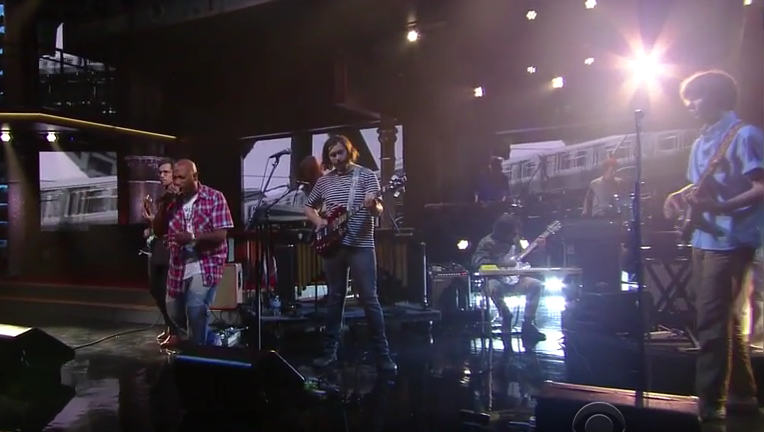 Last night Parquet Courts appeared on The Late Show With Stephen Colbert to perform “Captive of the Sun,” a highlight from their new album Human Performance. The performance finds the group as an expanded ensemble, featuring members of Eaters, PC Worship and Blues Control backing them on percussion, vibraphone and pedal steel. But another unexpected guest showed up to make the song even more special: former UGK emcee Bun B. The crazy thing is how well the collaboration works (hip-hop and rock have a long history of clashing), though Austin Brown—who sings and wrote the song—is originally from Beaumont, Texas, so the Lone Star State connection might have been a benefit here. In any case, it’s one to remember.

Parquet Courts’ Human Performance is on our list of the Best Albums of 2016 So Far.