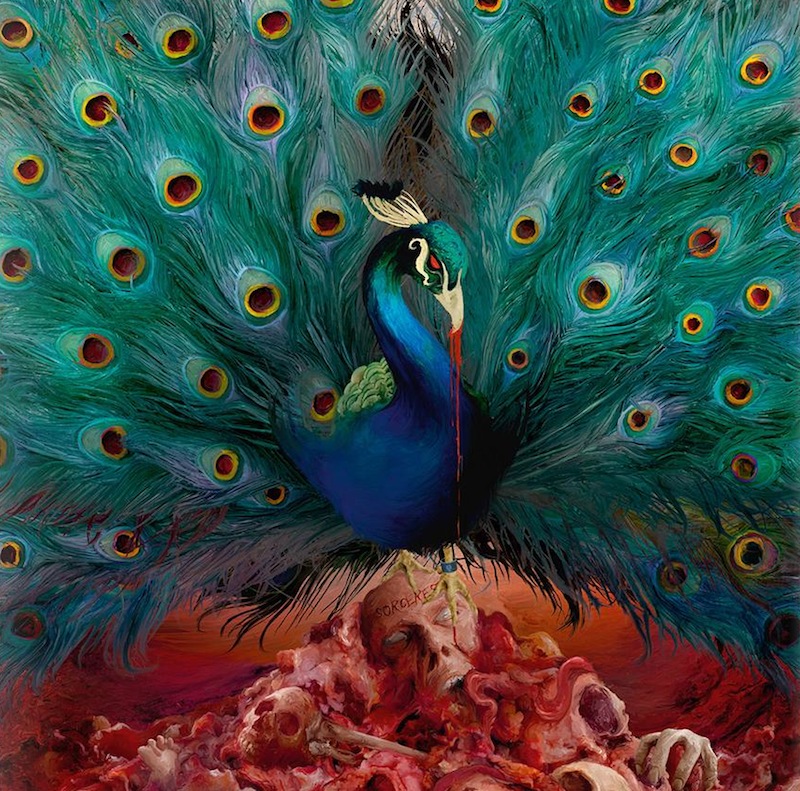 It seems a necessary issue to place each new Opeth record in situ these days. It’s a problem they brought on themselves, to be fair: affecting a seemingly radical change of modality without a change of name calls into question the motives of a record, underscoring the inherently reactionary moves that create it more than merely replicating what an established sound might provoke from a listener or reviewer. This issue becomes a bit of a farce regarding Opeth’s latest phase of their career, however. The seeds for this change have been sown as early as Still Life, where the heavy prog and psych rock interludes of their previous three records suddenly blossomed into full songs or minutes-long stretches in the middle of otherwise intensely heavy tracks. We forget often the reception Ghost Reveries received on its release, and Watershed after it, with the fixation on the ever-decreasing quantities of extreme metal in order to make room for qualities that have been present as early as Orchid, their debut.

With that out of the way, it’s easy to say that Sorceress, their first for Nuclear Blast, is the strongest record yet from Opeth during this phase of their career. Heritage, though underrated by some, was rightfully called out as being more centered on reactionary development of the non-metal aspects of Opeth’s sound, leaping headlong into those oppositional spaces in order to develop them more fully but sometimes at the detriment of the songs themselves. Pale Communion represented the beginning of a proper reconciliation of this new modus operandi for Opeth in the context of their traditional songwriting methods. The opening track “Eternal Rains Will Come” and the final three tracks especially seemed to present the most fertile ground for further development and showed the most promise for this new direction in Opeth’s career.

Sorceress by and large focuses on the successes of those most successful tracks and sounds on Pale Communion. The success of those moments on Pale Communion were predicated on understanding that without extreme metal to back them up, the symphonic, progressive, folksy and bluesy sections needed something else to act as counterpoint. Sorceress builds on the heaviness of mood that Pale Communion seemed to discover in its back half, operating with diminished modes and melodic minor melodies to create a sense of doom and terror in the melodies themselves. The jazzy moments are meant to unnerved and disturb stability, using syncopation and swing to knock the fragile moments out of balance.

Joakim Svalberg is given, wisely, far more room to shine. The more the songs on Pale Communion were entrusted to his hands, the greater they shone, and that knowledge has been carried through to Sorceress; Per Wiberg, though a satisfying player, never seemed to provide as strong a backbone as Svalberg, which stymied Opeth’s ability to satisfactorily shed their extreme metal elements and pursue the other sonic aspects they wanted to. If Watershed proved, instantaneously, the moment Mikael Akerfeldt entrusted the weight of the songs to then-new guitarist Frederik Akesson and Heritage proved the moment Martin Axenrot was given free room to show his unexpectedly robust jazz and prog chops, this is the record where Svalberg is placed at center stage. Almost every song on the record features unaccompanied playing by Svalberg in a variety of styles, from pseudo-classical piano to funky Deep Purple fuzz organ to classic prog swelling Moog. His playing at times leans closer to the ultra-wide palette and deep musicality of Tony Banks of Genesis fame, one of the best prog keyboard players to ever do it, and the record benefits mightily from this.

At root, though Akerfeldt hasn’t written a bad song in his career, it is his band that makes his songs shine, and the richness and depth of talents of these players is what allows him to so fully realize his wider musical visions. These sonic elements have always been in Opeth’s music from the very beginning; it is only these days, with these players, that Akerfeldt seems to feel safe pursuing fully his influences. Deep Purple, Rainbow, early Judas Priest and classic prog have always been major influences on Opeth, and he’s always been open about this. It is only now that they seem to be able to richly evoke those moods and sounds.

Opeth has always been fixated on creating a kind of melancholic rotten beauty, a gothic romanticism of mire and black magic and grotesquery. It may have thrown fans off when they sought to embrace this romanticism more directly, but it was ultimately the engine that drove even their metallic segments. What makes Sorceress work so well is that they have finally fully recaptured the mastery of moodiness necessary to evoke rotten beauty in their new solely-prog modality. Songs such as “Chrysalis,” “Era” and especially album-highlight “Strange Brew” are swirling, moody, dark and heavy prog rock songs that use mood and its necessary evolutions to guide what otherwise might come across as unrelated riffs and melodies, allowing Opeth to once more indulge in their rangy and virtuosic creative side without sounding lost and confused like Heritage and portions of Pale Communion sometimes did. Ultimately, Sorceress stands up with their very best, a peer to Still Life, Blackwater Park and Ghost Reveries. 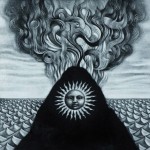 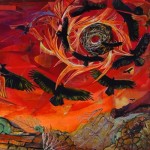 Intronaut – The Direction of Last Things