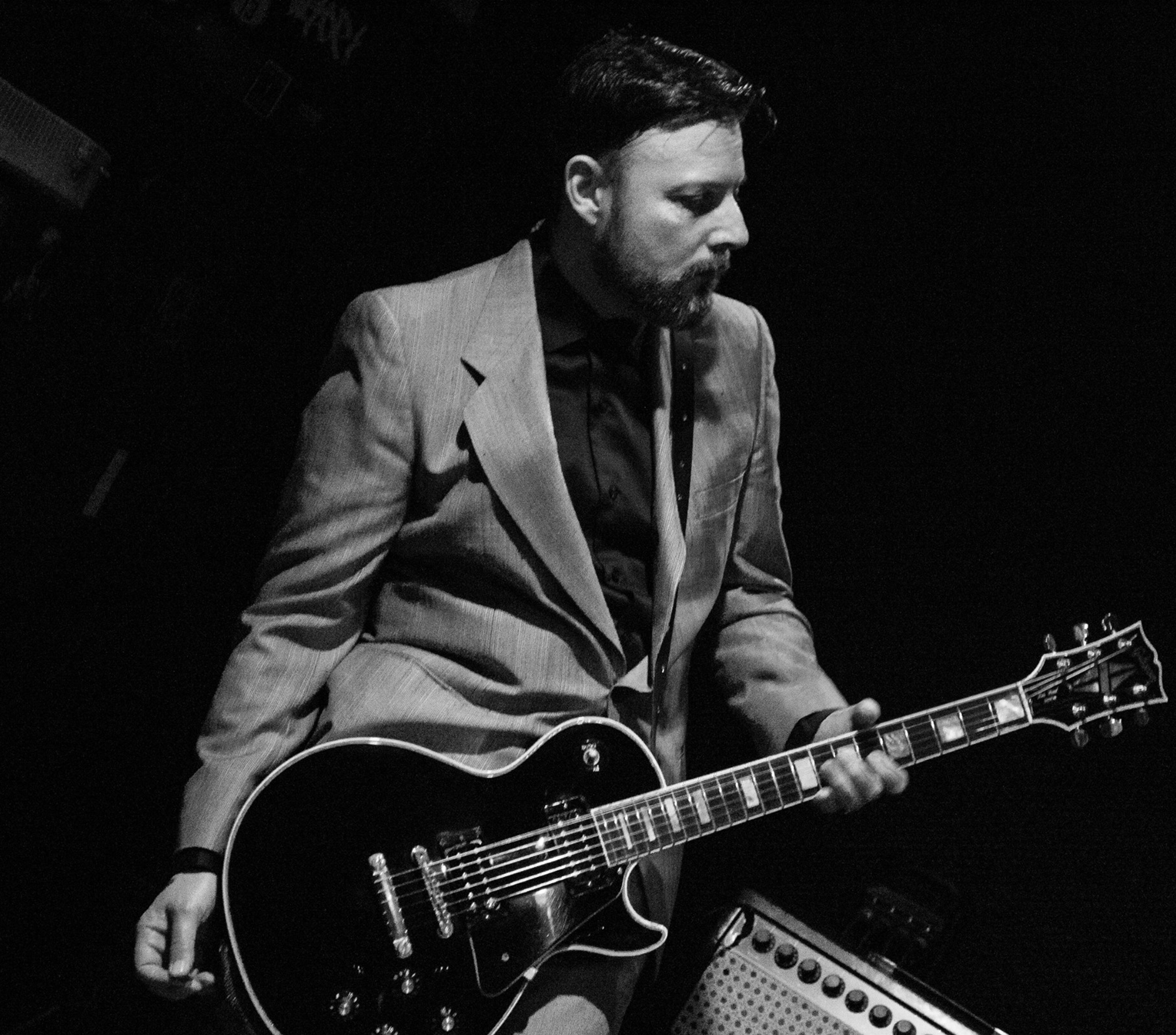 Mark Deutrom has been playing music for a long time. The name’s most likely familiar to those who have been listening to The Melvins for the past few decades; he played bass in the group during their epic ’90s run from 1993 to 1998. He’s also a solo performer, having released albums via Tee Pee and Southern Lord, and frontman of the group Bellringer. Deutrom made us a guest playlist of tracks he likes to spin before he performs, including tracks from Jerry Lee Lewis, T. Rex, Tom Waits, Notorious B.I.G. and Curtis Mayfield. Here’s what Mark had to say about the playlist:

“When Bellringer hits showtime I like to slide on in between the electrons and surf the funk, the bump, the grind and the sass. I just want to get up and down with it. I want to see the purple ink in the clear pen, and hear the hyena laughing over the carcass. I want to control this pre-situation for my own personal requirements. It’s party time, and everyone on their 4th beverage starts to light it up, so they need a little boogie woogie soundtrack to jump start the proceedings…not too fast, not too slow, not too loud, not too soft. The goldilocks point has to be hit just perfect in preparation for the sheet and the wind and the slab laying that approaches. This gets played until liftoff, and started again at the next shindig from the same point. Sounds good from whatever point you start at. No explanation required for any of these tracks. They simply get your ass and mine ready for Bellringer.”

Listen to Mark Deutrom’s playlist below.

Bellringer’s most recent release is the “A Girl Did It” split 7-inch with Flyin’ Lion, Toranavox, and John Wesley Coleman III. Buy it here.