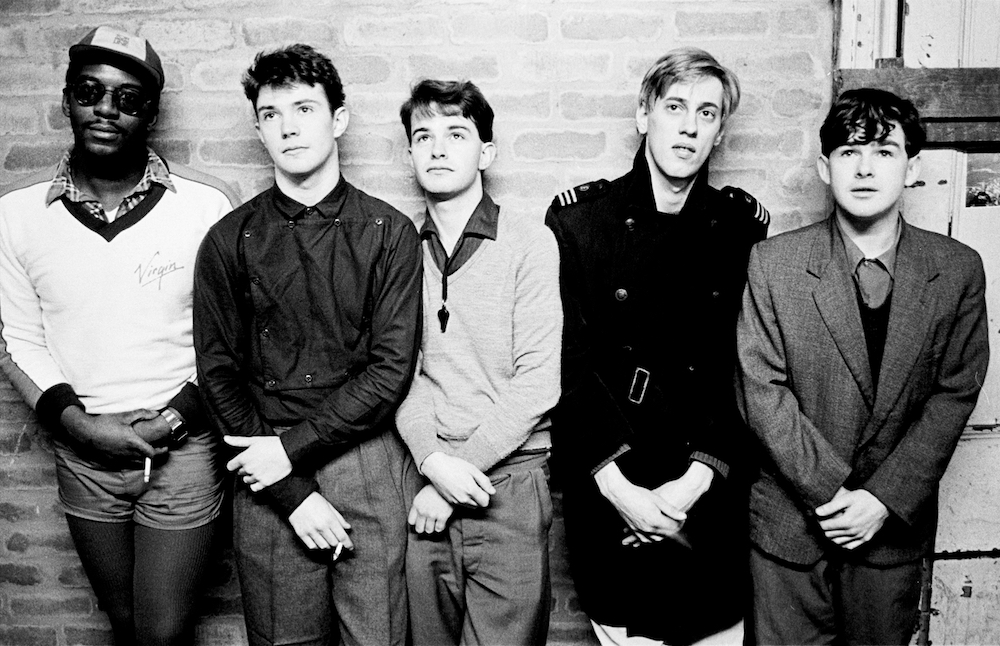 Following its announcement of a reissue campaign of the Throbbing Gristle catalog, Mute Records has just announced it will be reissuing the catalog of Manchester post-punk group A Certain Ratio. On November 24, the first batch of the band’s records will be released, including 1979’s The Graveyard and the Ballroom, 1981’s To Each (on red vinyl) and 1986’s Force (on yellow vinyl). All releases will also be available on CD and digital formats.

The band will also be performing in their home city of Manchester on December 16. More info and tickets can be found here.

Listen to “Do the Du,” from The Graveyard and the Ballroom, below.

A Certain Ratio’s “Bootsy” is featured on our list of 10 Essential Factory Records tracks.