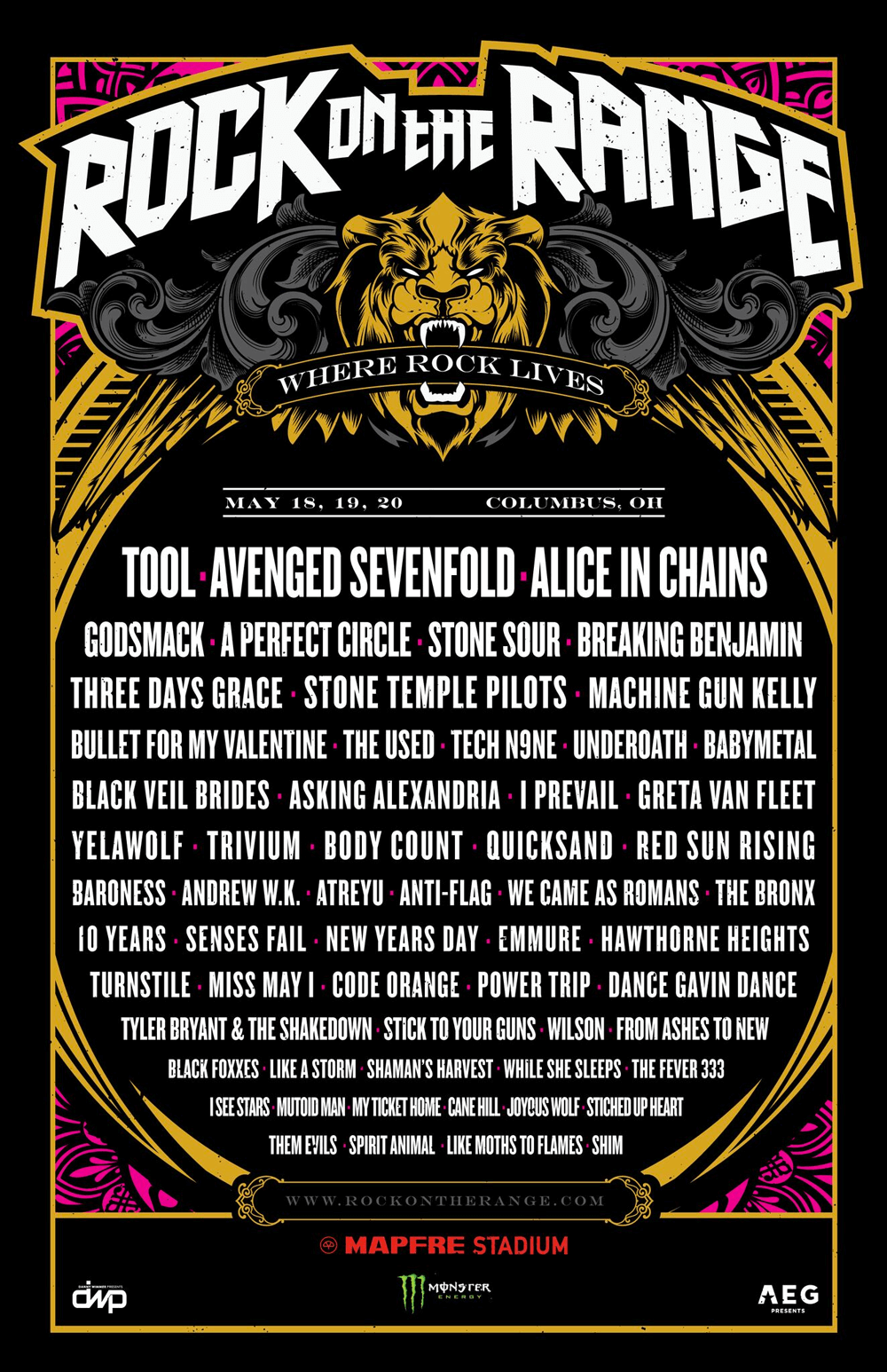 The Rock on the Range festival is happening on May 18-20, 2018 in Columbus, Ohio, and today the full lineup for the hard rock and metal festival has been announced. Rock on the Range is being headlined by Tool, Avenged Sevenfold and Alice in Chains, and also will feature Maynard James Keenan’s other big band, A Perfect Circle, as well as Stone Temple Pilots with new vocalist Jeff Gutt, who has stepped in after the passing of Scott Weiland. Other bands on the Rock on the Range 2018 lineup include Quicksand, Body Count, Babymetal, Baroness, Andrew W.K., The Bronx, Anti-Flag, Yelawolf, Code Orange, Power Trip, Turnstile, Mutoid Man and many others (a lot of nu-metal and active rock, for what it’s worth). See the full lineup at the Rock on the Range festival website and on the flyer above.