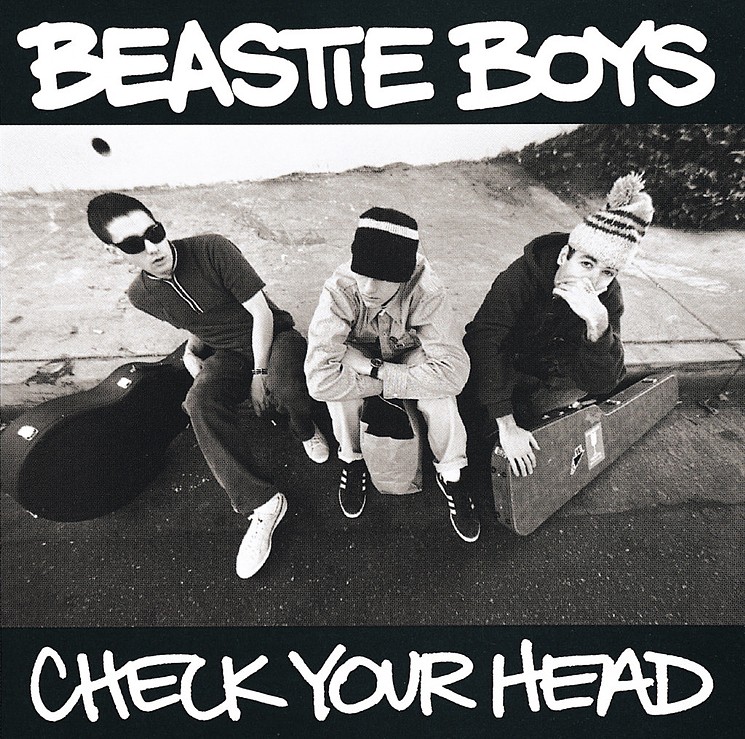 When it comes to my musical education, I owe my two youngest aunts a debt I can never repay. Only a decade or so older than me, they were Deadheads who kept themselves immersed in the coolest music around, and introduced me to everything from Public Enemy to Miles Davis. But the one band I really give them credit for bringing into my life was the Beastie Boys. I still remember being picked up from high school by one of them, Paul’s Boutique blasting, and feeling like the coolest kid in the parking lot. Still, as much as I love Paul’s Boutique, no album had a more immediate impact on me than Check Your Head, the Beasties’ third album and the album that signaled their change of musical identity from simple MCs to an actual, gasp, band. One day they played me “So Whatcha Want,” and that was it; I was hooked for life.

The move to playing live instruments and exploring different genres (trippy funk, hardcore, and jazzy instrumentals all pop up here) could not have been an easy one to make, although it seems obvious with hindsight’s 20/20 vision. After Paul’s Boutique bombed commercially, the group had to be questioning their current direction; another sample-laden, lyrically dizzying album wasn’t going to cut the mustard. So, faced with a musical crossroads, the Beasties chose the most sensible option: they opted to take every road at once. The result is an astounding mishmash of styles, a catch-all of everything from bossanova to thumping hip-hop to whatever “Something’s Got To Give” is, that was prove highly influential for any number of bands that’d grown up with Licensed To Ill on their turntables, as well as many who hadn’t.

One thing you can’t call this album, for certain, is a rap album. I mean, you can’t really call it a (insert genre here) album, but the amount of rapping on this album is surprisingly small. The rapping here, however, is fantastic—a hybrid of the white-trash goofiness of Licensed to Ill and the mind-bending drugged-out allusions of Paul’s Boutique. “Finger Lickin’ Good” is a great example, name-checking Minnie the Moocher and Pete the Puma, stopping for an raga-inflected breakdown, and sampling Dylan (swear to God, the first time I ever heard Bob Dylan in any capacity). And the singles are rightly heralded as classics: “Pass The Mic” is as hardcore as the Beasties would ever get, while “So Whatcha Want” features Money Mark’s slick keyboard work and a monster groove. There might not be much of it here, but what’s here is made to count.

So, then, we get to the more freewheeling genre-flipping tracks, the meat of this album, and all of it succeeds thanks to the Beasties’ incredible energy. “Gratitude,” all fuzzed-out guitars and bongos, manages to be a truly heartfelt groover. The hardcore-style cover of “Time For Livin'” showed that the group still knew how to thrash. Instrumentals like “Namaste” were perfect chill-out tracks, both funky and jazzy at the same time. And then there’s “Something’s Got To Give,” a track without precedent or brother in the Beasties’ catalog, a blissful mind-fuck composed of thudding bass, sparse keyboards, ghostly vocals and samples, and a Vocoder-altered voice singing about peace and unity. The well-known video for the song, consisting of footage of exploding bombs, is almost too perfect—creepy, and yet strangely calming. “Something’s Got To Give,” at its core, is a fantastic representation of the album as a whole; experimental, stretching boundaries, and yet accessible to anybody willing to listen.

You have to give the Beasties’ credit—aside from Ill Communication, basically a victory lap after Check Your Head brought them back into the public consciousness, they have not been willing to rest on their laurels. Their next two albums, while not as good as the previous output, saw them slowly moving back toward old-school rap, a shift the flawed but fun To The Five Boroughs completed in full. Make no mistake, no matter what move the Beastie Boys make next, I’ll be right there with them. After all, they made the craziest move of all—a complete makeover—with Check Your Head, and that turned out just fine. 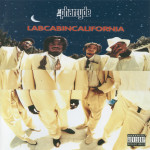 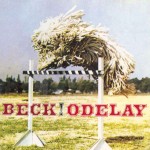 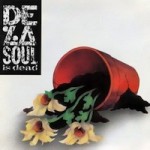