It’s no surprise, on one level, that the new Black Marble covers EP is a solid release. The project of Chris Stewart has by now released a debut EP followed by three LPs, all of which feel like foundational documents for the contemporary set of coldwave bands. Sure, the sound may not exactly be revolutionary anymore, but it seems that isn’t the point of the project anyway; it is as much a celebration of a certain approach to synth pop, post-punk, goth and pop-rock songwriting as it is anything else, a sincere and open-hearted resonance with a style of music born from an eerily similar hypercapitalist metropolitan sense of ennui and nihilism that we are still not-so-blissfully enraptured in. Plenty of bands in this style get by on verve and aesthetic alone, something not to be ashamed of in such a style-driven genre, but Black Marble has always had the song- and melody-writing chops to situate themselves among the greats. The mere fact that these covers are well-played, then, isn’t too terribly shocking.

What becomes intriguing instead is the astute song selection. There are plenty of ways to approach covers from a performer’s perspective: ironic covers, unexpected but dearly beloved material, and those which are meant to stretch your wings—material you are previously unfamiliar with but which feels fruitful to get under your fingertips. The list goes on. Covers feel like a startling insight into an artist’s process in a way that, ironically, originals often fail to provide, having passed through the dialectical synthesis process and often times emerging out the other side as a new and wholly transformed aesthetic object. One of the points of criticism is to crack open this process from a certain angle; covers do the same job but from the other direction, often hiding surprising insights.

It feels profoundly satisfying that Black Marble’s selection of covers displayed on I Must Be Living Twice feels like a loose ring around the sonic ideal of the project itself. None of the songs presented here capture all of Black Marble’s sonic imprint but, when tracing the overlap of each, you can reconstitute the aesthetic image we’ve seen over the past few records. There’s also something to be said for the sharpness and cleverness of the songs here, a cleverness that pivotally doesn’t cross over into the cloying and arch manner that some fall into. Robert Palmer is perhaps the biggest shock here for a certain type of listener more familiar with songs like “Addicted to Love” and “Simply Irresistible” than his earlier material which has been a source of joy for record collectors and the hipper set of pop-rock fans for decades now. But when you hear the melodic approach of “Johnny and Mary,” one strikingly close to the delivery of the original, it’s hard not to make immediate comparison to the melodic approach Black Marble has shown their entire career. This kind of pleasant and delightful insight is what the very best of cover material can do, laying bare a relation between works that might otherwise have entirely passed us by.

Other choices are much more obvious, but still approached with a satisfying sense of cleverness. The inclusion of Wire, for instance, feels like a given; what post-punk derived artist (of which coldwave, synth pop and goth rock in general are related) could ever pretend not to be influenced by that group? But the fact that the song of theirs included is “In Manchester” from their self-titled record from 2015 is a pleasant twist, choosing to pay homage to a period of the group’s lifespan that is at once beloved just as much as it is criminally overlooked in favor of their earlier (though indisputably legendary) material. Likewise, the inclusion of a song by Grouper, a fellow contemporary goth artist who leans substantially more on the ambient end, makes a great deal of sense as well, her airy and haunted atmospheres seeming in retrospect plainly apparent across Black Marble’s highly atmospheric approach to coldwave and synthpop. That Black Marble would include songs by Lives of Angels and the Field Mice, two critically well-regarded but ultimately underground bands, feels less like a record snob or underground clout chaser showing off increasingly obscure demos and more a sincere act of love. Their material here is played straight and done so with love, the way you do when you are showing someone something special that more people should know. It feels altogether like an intimate and deeply positive experience from a group playing in a genre more often known for its dour and severe attitudes.

But the most important part of I Must Be Living Twice is ultimately that the songs sound great, are played well and sequenced better. Care was clearly taken to make all five of these hang together well, from leaning each of their arrangements slightly toward both each other and Black Marble’s overall sound to the roughly chronological deployment of the material following more the era we associate a group with than the songs in specific. These are subtle grace notes, little touches that make themselves apparent after running through the EP a number of times; they don’t make or break the record but the fact that they are there, are evidence that care was taken, feels like an affirmation of all the positive things about the cover EP. 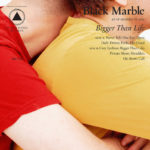 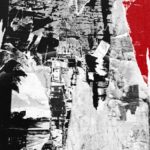 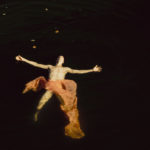