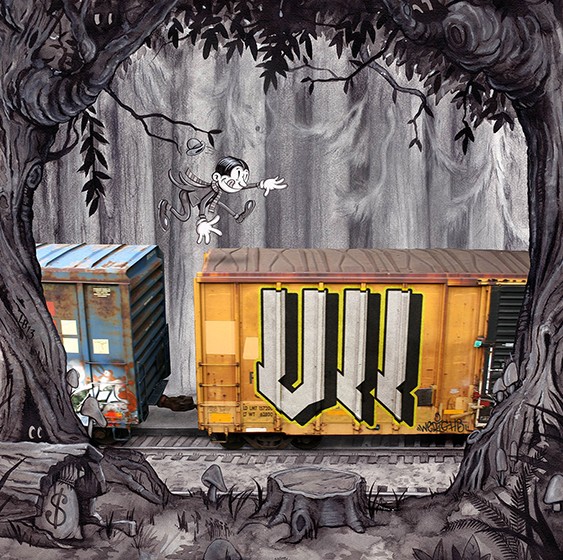 Portland-based indie Americana rockers Blitzen Trapper just keep on rolling, with the announcement of their seventh album being released this fall. That album, titled simply VII, follows 2011’s American Goldwing, and will be released Oct. 1 via Vagrant. A press release states that the album is “full of the vivid folk-rock-campfire-tales frontman Eric Earley is so well known for.”

The image above is its whimsical, surreal cover art, though a tracklist hasn’t been announced as of yet. However, the band has posted a new track, “Ever Loved Once,” to stream over at Rolling Stone.