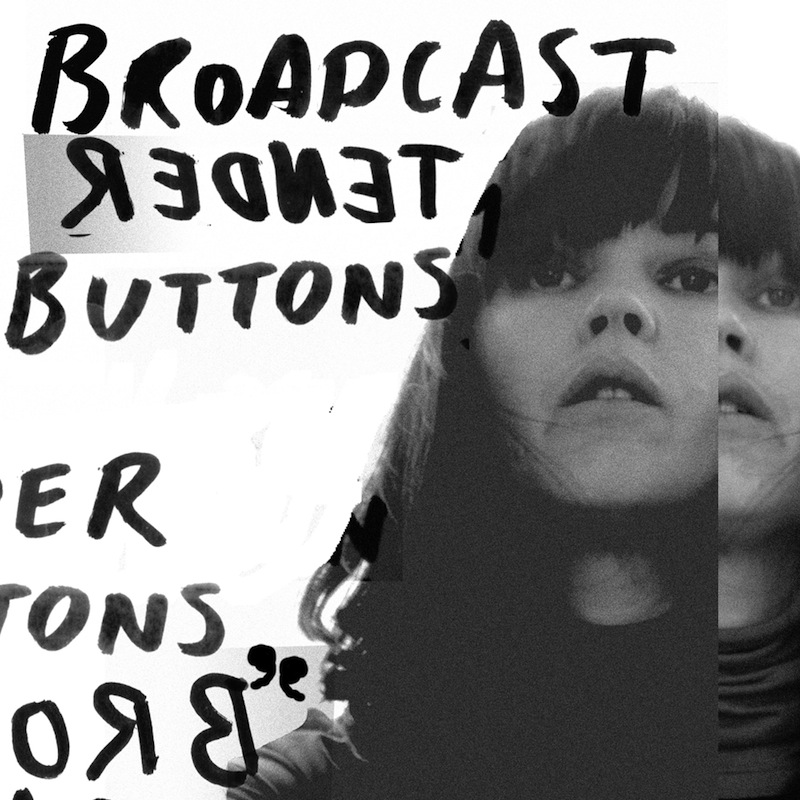 To say that Broadcast’s new album, Tender Buttons, a departure from the sound of the albums that preceded it would be redundant. The sound of Haha Sound wasn’t much like that of its predecessor, The Noise Made by People. And that album wasn’t all that similar to the early singles collected on Work and Non Work. Broadcast is a band in perpetual flux, evolving and morphing with each new release, not content to simply stick to one concept and run with it. Broadcast is a band that will never remain dormant, never allow themselves to become complacent or overly comfortable; something is always changing.

That constant change is partially responsible for Broadcast’s greatness. As members come and go, so do sounds and ideas. As a five-piece, they made fascinatingly unusual space pop. As a trio, they married gigantic drumbeats to ambient pop. And currently narrowed to the duo of James Cargill and Trish Keenan, Broadcast have reinvented themselves yet again in the form of an unnervingly sensual and discordant electronic outfit, one whose songs are simultaneously more abrasive and more tender (hey!) than the oddly wonderful tunes on Haha Sound. And as such, they’ve managed to renew their status as the UK’s most inventive and innovative band.

Despite the constant change, there are definitely elements of Tender Buttons that are identifiably “Broadcast,” for one, Trish Keenan’s voice. Keenan has always toed the line between gentle chanteuse and android, never getting overly showy or dramatic with her voice, emitting a lovely and graceful sound all the same. Her song is cold and distant, but inviting. The other part of the equation that remains in tact is James Cargill’s peculiar soundscapes. Though the effects have changed and the enormous drums have been replaced by simpler programmed beats, there is still an element of the space age pop that has always been there. Broadcast may have evolved into different shapes and colors over the years, but for reasons that nobody can say for sure, you always know when you hear them.

Making a conscious effort to bridge the gap between Haha Sound and Tender Buttons, the album begins with “I Found the F,” the only song on the album with live drums. Under Keenan’s ghostly coo, ascending guitar and descending synth samples criss-cross and zig-zag, creating a swirling spiral staircase of sound and a sublime, haunting two-minute pop song with simple, yet carefully placed ingredients. The significantly more synthetic and sinister sounding “Black Cat” follows, Keenan’s chorus of “Black cat/black cat/curiouser and curiouser” floating over spectral, ambient waves. The title track is subtler in approach, using droning synth textures a la early Stereolab.

The album’s first single, “America’s Boy,” quickly reveals itself to be among the band’s best singles, as well as one of their best songs overall. Buzzing bass synth and melodic prisms of feedback create a magnificent wall of sound on one of the year’s most unlikely dance hits (it’s not one yet, but certainly I can’t be the only one who thought of it). Keenan sings in simple prose of the American soldier, completely devoid of bias or politics, in a lyric that was supposedly inspired by a crossword puzzle. On the opposite end of the spectrum is the song that follows, “Tears in the Typing Pool,” a sparse and slow acoustic song, the likes of which are apparent, yet not frequent in Broadcast’s output over the years. The subdued noise-surf of “Corporeal” is a delight for the senses, particularly Keenan’s delivery during the chorus: “do that to me/do that to my anatomy.” It’s not as carnal as, say, “Milkshake,” but it does the trick.

Motorik grooves abound on “Bit 35,” a robotic lounge ballad arrives in the form of “Arc of a Journey,” and childlike melodic chants drive “Michael A Grammar,” while “Subject to the Ladder” approximates Kraftwerk colliding with Joy Division. It’s nearly impossible to predict Broadcast’s melodic path at any given time, but hearing just how much they’ll tweak and re-mold their sound is far more exciting than trying to guess. Broadcast is one of the few bands that gives their fans the gift of surprise without sabotaging anyone’s expectations. Their albums will never sound exactly how you anticipate them to. They actually sound far more interesting than that. Widespread mainstream appeal may not be in the cards for Broadcast anytime soon, but with Tender Buttons, they’ve further made clear that they are one of today’s most vital bands.