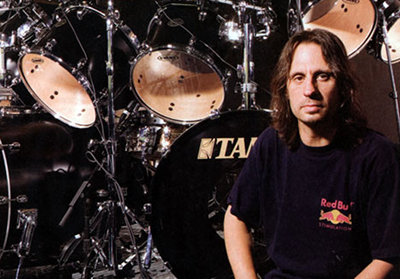 In a lengthy Facebook post last night, Lombardo explained what happened, noting that most of the money the band gets from touring goes straight to management, with the band retaining a small portion of what’s left over.

“Last year, I discovered 90 percent of Slayer’s tour income was being deducted as expenses including the professional fees paid to management, costing the band millions of dollars and leaving 10 percent or less to split amongst the four of us,” Lombardo said. “In my opinion, this is not the way a band’s business should operate.”

Lombardo goes on to say that he received only a small advance for the band’s 2012 tour dates, and that he and vocalist/bassist Tom Araya had hired auditors to investigate the situation, but were “denied access to detailed information and the necessary back up documents.” And not everyone in the band saw eye-to-eye with Lombardo on the issue:

“I sat down with Kerry [King, guitar] and Tom to rehearse for Australia and to propose a new business model that I felt was the best way forward for Slayer to confidently protect itself so we could do what we do best … play for the fans. Kerry made it clear he wasn’t interested in making changes and said if I wanted to argue the point, he would find another drummer.”

On Feb. 14, Lombardo discovered that he was being ejected from the band after he was the only member to show up for practice. He received an email from the band’s lawyers stating that he would not be drumming with the band on their Australian tour. Slayer have not made an announcement just yet, but John Dette is reportedly filling in for Lombardo on the tour.

In 2012, we crowned Lombardo as one of our 50 Favorite Drummers.

Dave Lombardo, formerly of Slayer, to perform with reunited Misfits

Shadow of the Horns: Metal albums for Halloween