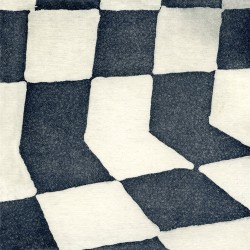 The generally accepted idea of a guitar hero, at least as far as western culture goes, has everything to do with volume, speed and pyrotechnic dazzle, and allows little room for anything less. When we think of someone with extraordinary abilities, we look to the likes of Eddie Van Halen, Jimi Hendrix or Jimmy Page — someone who can seemingly shoot lightning from his headstock as if blessed by Thor, himself. And while I, too, am guilty of holding on to this stereotype at times, there’s much to be said of the axemen who treat their instruments with a gentler and softer caress, wielding them much less like a weapon. I once filled out a Facebook time-waster list of my 15 favorite guitarists and reserved the top spot for Elliott Smith, a musician whose talents in his day were undeniable, even if most of my friends admitted to not thinking of him in such terms.

A similar, though aesthetically different, case could be made for Matthew Mondanile, the string-strumming member of Real Estate and, at one time, sole member of Ducktails. His technique is fluid and gentle, cleanly performed with a warm and soothing jangle, yet essentially flawless in its execution. It’s a constant in both bands, even if his aesthetic with Ducktails had previously been a hazier, lo-fi companion to the bright, radiant pop of Real Estate. Yet on fourth album The Flower Lane, the first to be released on Domino, Mondanile builds upon his fuzzy, lite-psychedelic jangle and fills out its sound thanks to backing band Big Troubles and contributions from Oneohtrix Point Never’s Daniel Lopatin and his Ford & Lopatin partner, Joel Ford. And with this expansion, Ducktails is reborn as a richly textured new wave sophisti-pop dynamo.

The Flower Lane, unsurprisingly, sounds and feels much more like the work of a group of musicians in the studio, polished but still hitting a meaty groove. And while it sounds immaculate, rich with vibrant and sparkling tones, it’s charmingly anachronistic, its best moments recalling the halcyon days of Prefab Sprout, Aztec Camera and the Style Council. However, as it begins with first track, “Ivy Covered House,” it’s not too distant from Mondanile’s melodic pep in Real Estate, and its opening lines, “Well, hello it’s me again/ I’m at your door, come let me in,” likewise indicate a familiarity and comfort from an old friend. A similarly gentle euphoria accompanies the title track, made all the more delicately soothing thanks to the earthy vibes given off by Lopatin’s thick keyboard sounds.

The deeper one progresses into The Flower Lane, however, the more explicitly Ducktails brandish their ‘80s influence, as on “Under Cover,” with its flourishes of saxophone and gentle bedroom come-ons, “Do you want to go under/ under the covers.” There’s a bouncy strut to standout “Timothy Shy,” and a more danceable lite-funk touch to “Assistant Director,” which each show off different, previously unheard aspects of Mondanile’s songwriting style up to this point. More than ever, The Flower Lane reveals Ducktails as a more keyboard-driven group, which is an aesthetic that suits them well. But Mondanile hasn’t abdicated his instrument’s role by any means; whether through his jazzy riffs on “Under Cover” or louder rock solos on “Assistant Director,” the songwriter makes the implicit statement that Ducktails is still very much a guitar band. And a damn good one at that.