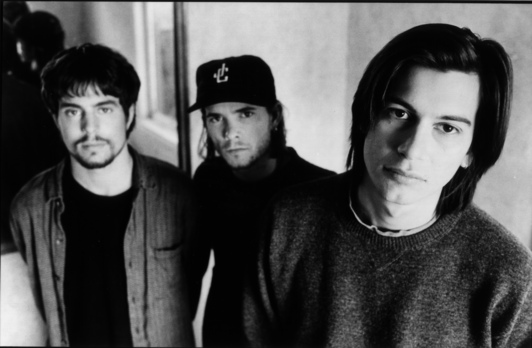 Last month, Failure announced their reunion in a sly, social media fashion, though without too many specifics. Now, there’s an all important detail to be added to the story: An actual performance date. On Feb. 13, the band will play a show at Los Angeles’ El Rey Theatre, their first in more than 15 years. In a new interview with Spin, the band discusses the reunion, which partially came about because songwriting team Ken Andrews and Greg Edwards are both now fathers, and how their music has earned more appreciation over time.

“At the time, we knew that our music was something maybe people didn’t really get the first listen,” Andrews tells Spin. “We found that criticism to be accurate, but also frustrating, because people in the business were using it as an excuse for why we weren’t selling more records or something. ‘It’s great to have depth, but sometimes you can have too much depth’ — I remember that being said by someone.”

Andrews also suggests that there will possibly be more shows lined up in the future, but this is the only one confirmed for now.

Read the full interview here. Tickets for the show go on sale Nov. 7, at 10 a.m.

Failure : In the Future Your Body Will Be the Furthest Thing From Your Mind