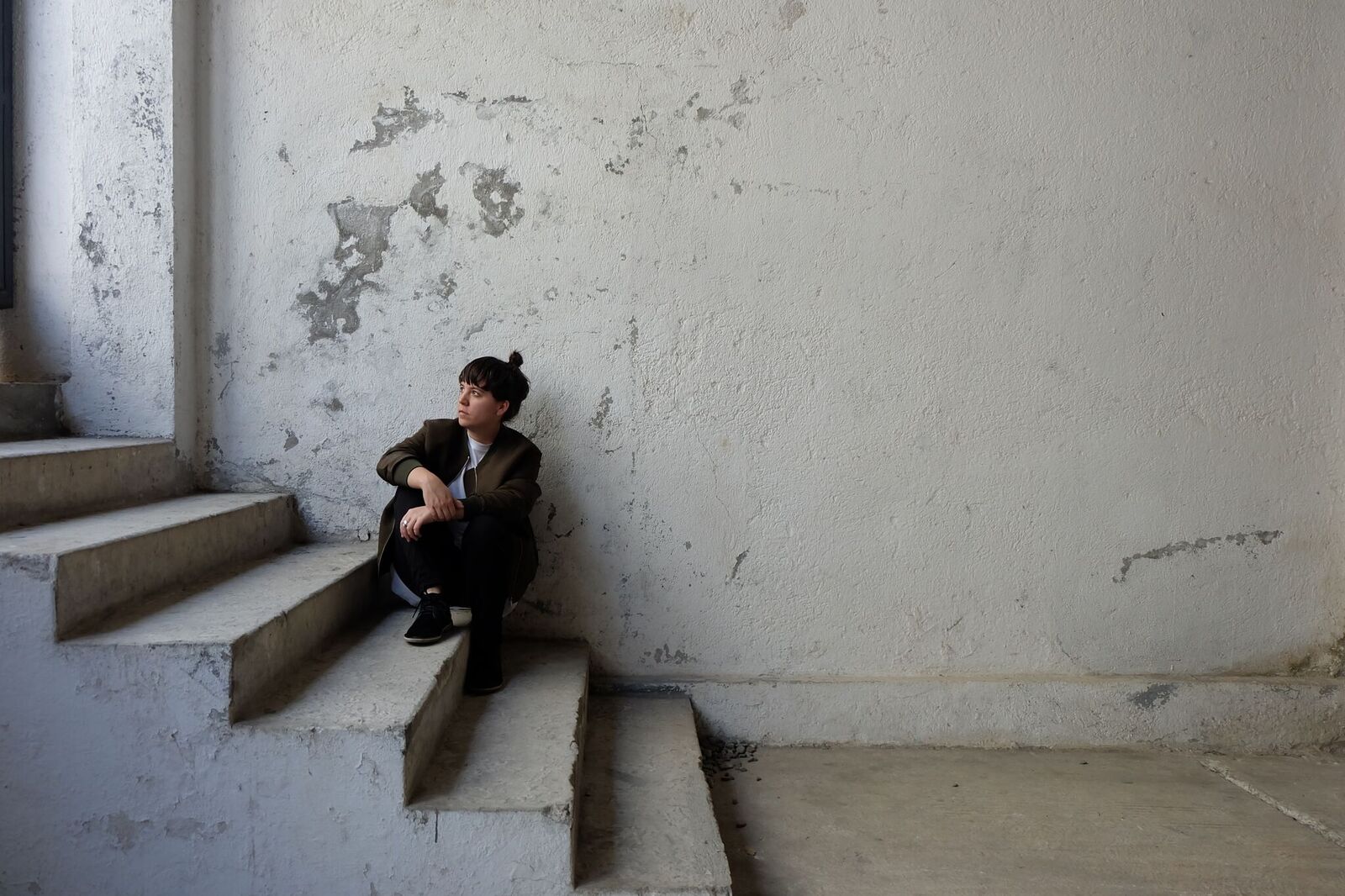 MH Delorme, is a self-taught singer, songwriter, and producer from French-speaking Montreal who records by the name of FOXTROTT. Her new album Meditations I-II-III, out Friday, Oct 5, is an openhanded showcase for intricate song arrangement, exemplary beat production, and searing vocal intensity. Written, produced and performed all by Delorme while enjoying a change of environment for a couple of weeks in Oaxaca, Mexico, it found her realizing that a fog had lifted and she felt re-energized. We had a chance to speak with the Montreal based artist about music, process, and gear.

Treble: The vocal performances and lyrical content match the incredible sound design on Meditations. Who are some of your influences in terms of beatmakers and producers alike?

FOXTROTT: I am a big fan of Sly and Robbie, J Dilla, Alice Coltrane, Timbaland, Lee Scratch Perry, etc. Their work has definitely impacted my ear and taste for sounds, and generally, I think the way my brain works is by absorbing feelings and pieces of information and try to recreate them differently after, switching the codes to try to make something that sounds new or fresh. To my ear anyway.

Treble: Running through the instrumentals on “Better With You” and “Take Me I’m Here” from Meditations I-II-III, I definitely hear those Sly and Robbie, Lee Scratch frequencies for sure. I am so happy to hear you mention Alice Coltrane. Not just for my own personal biases. But in terms of arrangements. Your arrangement game is quite specialized. I was blown away with your rework of “There Is A Light That Never Goes Out” by The Smiths. Just beautiful and inventive. Flipping it into this dark pop underground joint. Can I ask what prompted you to approach such an iconic Smiths tune?

FOXTROTT: The Smiths song came to me at a special moment in my life a long time ago now, where I was going through lots of anxiety because of some family stuff, I felt compelled to sing it in my live show and make a version of it. It all feels like a long time ago so I am surprised you are bringing it up, but I’m glad you like the arrangement I made of it. It is such a strong melody, that it was very inspiring to flip!

Treble: No doubt. Sorry to dig in the crates on you. It’s just a great find on YouTube and a cool four-minute hang. In terms of singers and songwriters who are some of your influences?

FOXTROTT: Ha. Don’t be sorry! I’m not the best to answer these questions because I try to forget about most music when I write. I go long moments without listening to stuff, or I listen to old stuff mostly. I guess I’m attracted by voices and songwriters which feels real and sound direct and visceral. But it really is all over, like Cesaria Evora as much as Lauryn Hill, PJ Harvey, Stevie Wonder, et cetera. I try as much as possible to express my voice through my music so I focus more on the sincerity and physicality of it than trying to stylistically go after something.

Treble: What in particular pushed you to start making beats, arranging songs and writing lyrics for yourself? Because I can imagine just from your beat production, you could have kept on doing that. And probably just had a career just doing that.

FOXTROTT: Ha. Funny that you say that because I think about this a lot too. But the awesome thing is one doesn’t exclude the other. I guess I had this emotional load to express, I have a certain sound or feeling in my head that needs to get out, because if not it would stay in my mind forever. Also, singing and writing songs is very therapeutic for me and I hope for others who listen too… But I feel like I definitely have two sides of me. One side needs to sing and write and capture emotional and spiritual moments through songs, and another side just wants to make big beats and get lost in sounds. I plan to release a lot more of that second side of me after this new record is out. I think it all comes from feelings and needs to express certain things, and not marketing plans and career goals. But yes I think the two sides have to coexist for me to feel happy.

Treble: Right. The two must exist. So you wrote Meditations I-II-III during a solitary retreat to southwestern Mexico. How was that? I assume it was not the normal process you use to create.

FOXTROTT: At the end of the cycle of my first record, A Taller Us, I had some music industry shitty things to deal with, and I found myself really exhausted. I knew I had another record in me but I needed to spend some time alone and change the environment, to really hear what was there. I have some good friends in Mexico who recommended I go to Oaxaca and I happened to find a really nice play to stay there. It was the best experience because within three weeks I was completely re-energized and so much music came to me during this time. It was quite magical, like a real renewal! I do need to spend lots of time alone when writing songs because I get super introspective, and enter a space that can only appear if I’m not interrupted. Beats are different, I can make them anywhere. I was also off emails for almost three weeks and that was insanely liberating!

Treble: Avoiding email is always a means of staying focused. Glad you had space and clarity to produce. What type of set up did you use when making the Meditations record?

FOXTROTT: I use Ableton Live and ProTools depending on what I do, and some controllers. I have a pair of Focal Twin6 Be 3‑Way monitors which I love, and an Apollo Twin Duo soundcard which I love too. I have a bunch of late 70s synths, I’m a big Korg and Yamaha and Roland fan, the vintage stuff.

My process is quite hybrid, and I use a mix of synths and sounds that I made from samples or from scratch. I layer it with an array of analog stuff I have. Then I pass stuff through the tape and some outboard effects, but also I’m not attached to a method. What I’m really looking for is what is the impact or the sensation I am after. Per example, for this record, I felt a really warm and large energy accompanying me and I wanted the music to convey that. So all the sounds are very warm and round and the overall record, even all the way to mastering, is not too modern and bright. I work quite intuitively so it’s tough to explain, but I mix a bunch of stuff from different sources, sounds become like characters to me and sometimes they tell me where they want to go. It’s very precise most of the time if I listen properly.