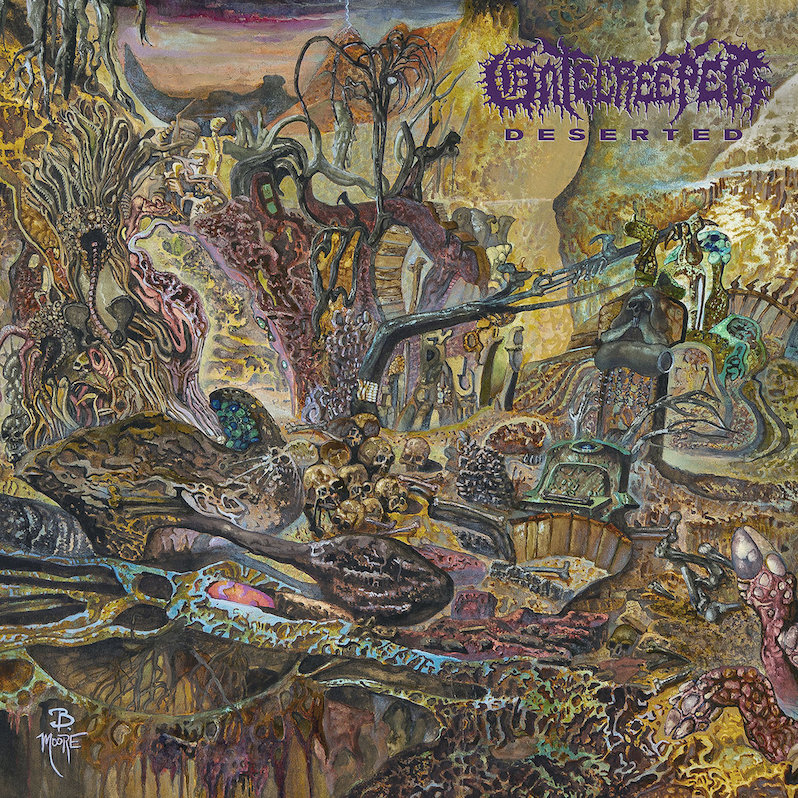 If Arizona’s having a solid year for metal, a lot of that can be attributed to Nate Garrett. Earlier this year his band Spirit Adrift released their stellar third album, Divided by Darkness, which found a harmonious connection between classic heavy metal melodicism, crunchy thrash riffs and some of the more exploratory elements of modern extreme metal. Garrett also happened to be a key player on another major metal release in 2019, Gatecreeper’s Deserted, which is still only two of the 29 bands, by his count, that he’s played in. But Gatecreeper is a vastly different band than Spirit Adrift. For one, it’s a death metal band, rooted in old-school Stockholm slaughterhouse guitars (Entombed, Dismember) while maintaining a strong focus on melody and songwriting. And though we may be some years past Arizona’s earlier moment of thrash metal glory in spawning thrash pioneers Flotsam and Jetsam and Sacred Reich, Deserted does the Grand Canyon State’s legacy of metal proud.

Deserted, much like its predecessor, is as pure a distillation of an old-school death metal ethos as one is likely to hear in 2019, albeit one that benefits from updated production and several more decades’ worth of influence. In some ways, it’s easy to hear Deserted as a kind of death metal ideal—it’s raw, aggressive and unencumbered by Cynic-style prog, Opeth’s medieval flights of fancy or Gorguts’ incalculable mathematics, all with a perfectly dialed-in tone that’s a model answer should anyone offer the question, “What does death metal sound like?” And it sounds impeccable, as much as such a thing can be said of something this gnarly and murky.

In large part, Deserted is a continuation of all the ideas that worked on its predecessor. And though Sonoran Depravation was an album that stayed very much in its lane, the band succeeded wildly in crafting an almost wholly visceral work whose slender and straightforward rippers hit the mark every single time. A similar thing can be said of Deserted, but it carries a heavier doom metal influence as well. It’s as much an album of ferocious beatdowns as it is ghoulish dirges, all of which carry seamlessly from one stylistic pursuit to the next. And that guitar tone I mentioned is no joke—it’s locked in, and the band (along with engineer Ryan Bram and mixer Kurt Ballou) deserve a lot of credit for locking in an aesthetic that keeps a certain cohesion among these 10 tracks. For how much variation there is between the band’s approach on the ominous, slow moving title track and the galloping death metal anthem “Puncture Wounds,” or between the death-doom lurch of “Sweltering Madness” and the groove and strut of “Boiled Over,” there’s no mistaking that this is a Gatecreeper record through and through.

The greatest moment of stylistic departure on Deserted comes right at the end, with the soaring doom metal of “Absence of Light.” It’s here where Gatecreeper prove that there’s plenty of opportunity to allow more space into their music, not to mention variation in arrangements: An eerie organ drones beneath the harmonized guitar riffs, reminding listeners that this album’s October release probably isn’t coincidental. “Absence of Light” opens a door for Gatecreeper, suggesting that the band may well have plenty more to explore and exhume with coming albums, but in its placement here, a little bit of a surprise goes a long way. It’s the extra topping that pushes a good death metal album closer to being a great one. As Langdon Hickman wrote in his review of Sonoran Depravation back in 2016, the record “fucking rips,” and its successor is no different in that regard, a death metal essential for 2019, and another justification for Arizona’s heavy metal bragging rights. 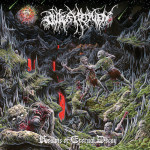 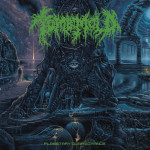 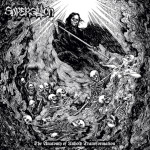 Superstition – The Anatomy of Unholy Transformation