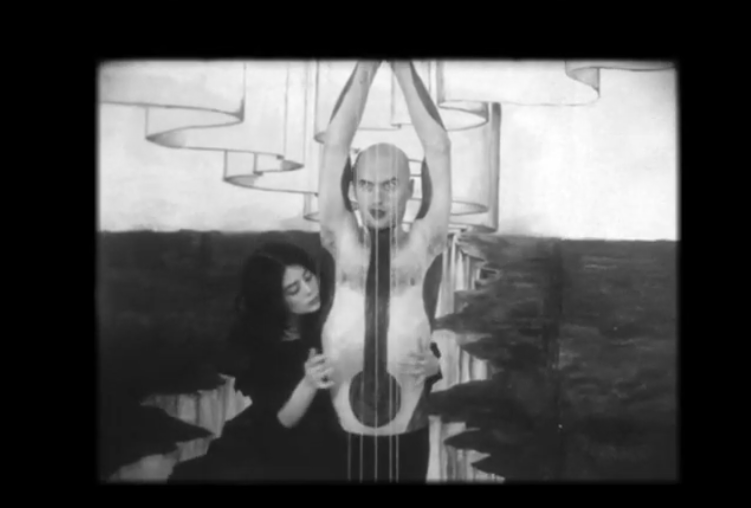 Athens, Georgia psychedelic rock group Immaterial Possession release their self-titled new album on July 24 via Cloud Recordings, the label run by Olivia Tremor Control’s John Fernandes. And today we’re sharing a new video from the album, for the title track. The clip has the feel of an early silent film, with the band delivering a surrealist take on the performance clip—e.g. playing a bundle of sticks like a guitar, plucking strings attached to a bandmate. And the song itself has some eerie post-punk and psych elements, nodding to bands like The Fall and Can. It’s a playfully sinister sound with a fun visual to match. Watch it below.