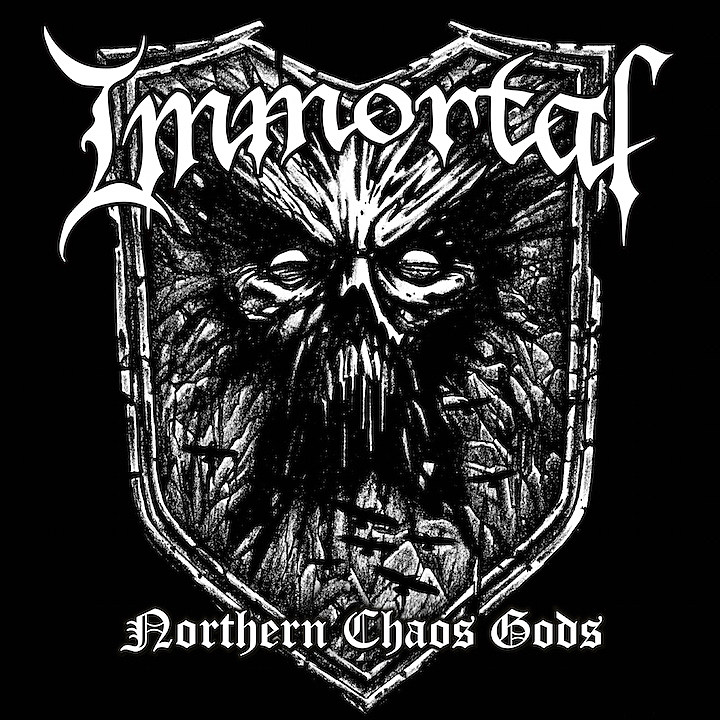 There was a great question mark over Northern Chaos Gods. After all, it’s the first Immortal record written and recorded without frontman and lead guitarist Abbath, a fixture of both the band and black metal in general for the past nearly 30 years. It’s also simultaneously the first time that Demonaz has stepped into the role of guitarist for the band in over 20 years, as well as his first turn behind the mic for the group. To top all of these issues off, it’s also their first new record in nearly a decade. Needless to say, stakes were high.

Thankfully, Immortal for the most part deliver. Demonaz’s lightning-fast black metal riffing, closer to thrash than to anything else, shred across the 40-minute record. There’s plenty of black metal that hides behind opaque production and crummy mixes to imply a vastness of sound and plenty more that shift so slowly between chords or notes that their tremolo pick turns their records into post-rock whether intentionally or not (the wave of post-black metal deliberately making this connection didn’t invent it ab nihilo, after all). Demonaz keeps one eye on his tone and the other on the attack of his picking hand, giving the guitars plenty of savage bite while keeping a whiplash thrash metal tempo. These aren’t tunes with blast beats tacked on; these are songs that naturally demand blast beats as the only logical rhythm to their furious intensity. Plenty of black metal bands play at reckless abandon on the guitar; Demonaz delivers.

And, to be fair, this shouldn’t even really come as a great shock. Immortal has survived such a potentially catastrophic shift before. Demonaz was a founding member of the band, a second guitarist alongside Abbath. The first four Immortal records are marked by their partnerships, a melding of their sounds, the ferocity of Demonaz with the more progressive and, for lack of a better term, epic traditional metal feel of Abbath’s songwriting. Then tendon issues struck and Demonaz had to step down; his essential nature shown by the fact that, even without playing guitar, he was listed as and considered a full member of the group, contributing lyrics and appearing in every video to date even following stepping down from the mantle. And, hey, Blashyrkh was his idea anyway.

But while Northern Chaos Gods joins the new Marduk record (don’t listen to it; they’re Nazis) as an old school black metal band stepping up and delivering vicious, breakneck tunes even nearly 30 years in, the record is still missing a certain something. And, unfortunately, it’s fairly clear that that something is Abbath. When Demonaz stepped down in 1997, Immortal’s first record with music almost solely written by Abbath was In the Heart of Winter, still their magnum opus. The records that followed are without a doubt Immortal’s golden period, consisting of the blackened and occasionally progressive thrash of Baptized in Black and the impeccable Sons of Northern Darkness. Their brief break that spanned from 2002 to 2008 was revealed to be the first spat between Abbath and Demonaz, a rift that was partly healed by the again-Abbath-helmed record Between Two Worlds, which featured lyrics from Demonaz but unearthed more explicitly the ’70s hard rock, progressive rock and 80s traditional metal influences that marked the epic and grand tone of Abbath’s songwriting versus Demonaz’s more feral riffs. 2009’s All Shall Fall proved a mighty addition to the band’s discography, ably joining the three previous records as the span of their golden age. And, with the split of the group and the release of not only this record but Abbath’s first solo album, we can also see keenly this divide: Abbath with a record that lacked at times the urgency and violent animalistic pace of Immortal, and Demonaz with a fiery record that feels deprived of that last polishing sheen that Abbath would bring.

The two feel necessarily incomplete without one another. In another world, if Northern Chaos Gods was Immortal’s debut and Abbath’s record was an entirely separate entity, we wouldn’t necessarily feel this way. But it’s hard to know what they can sound like together and then listen to them apart like this and not notice a hole in each shaped like the other. Northern Chaos Gods is a great black metal record and a wicked modern thrash record with plenty of bite, but it would be even better with that mid-paced progressive/traditional metal sheen Abbath could have brought. If only. Still, for a show of the vitality of the group without their former frontman, it’s an excellent effort that inspires confidence that the band is not collapsing anytime soon. And, hey, what with Abbath’s solo band quitting on him en masse, who’s to say we may not get that reunion sooner rather than later? 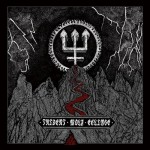 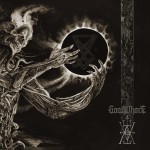