It’s fitting that an avant garde metal band would design an album aesthetically to mirror the hedonism of the Jazz Age. A time rife with political conflict, abhorrent violence, and an apocalyptic weight that sagged on the shoulders of almost everyone. However, it was also an age of experimentation, where classical composers like Anton Webern would assist in ushering in the avant garde. That same strand of creative fearlessness runs deep within Alphaville, as Imperial Triumphant begin their exploration of not just a new soundscape, but rather a new world. Within that world of the reimagined 1920s are strands of art deco, avant garde black metal tirades and a vast bounty of textures and disregard for cohesion.

The world that Imperial Triumphant presents here is a difficult one—there’s no getting around it. It is challenging, sometimes inaccessible. “Rotted Futures” starts with scratching cymbals that shake a foundation of rich horns whose strained tone breaks apart into slabs of orchestral jazz in full crescendo. It’s commanding in its scope and anxious sonic palette, but also by the presence of the noise that is being created. That’s just the intro to the song. Not even the full track. It accelerates into fluttering percussive flurries that stand prominent in the mix, where siren-like guitar riffs create a vocal passage for Zachary Ezrin’s guttural death growls, which have grown richer and more forceful, as commanding as the rest of the track. At the halfway point during a bass-driven breakdown, there’s such a careful cacophony of instruments that it becomes rewarding just to pick through the sounds, varied in both frequency and implementation. It is a prog puzzle box of outstanding proportions.

Alphaville thrives in this puzzle box scenario, each track requiring repeated listens in order to best comprehend first the general intent of the track, and then the details that permute below the surface. “Excelsior,” for instance, has masterful disciplined bass riffs struggling in a broken duet with drums before exploding into a rampage of taut dueling flurries. The band employs a careful sonic template, where the growls drop at just the right moment, and buzzy guitars jolt back into reverb tunnels in fits of absolute mania. Split channel effects are deployed in a hazy field of listless scatological plucking and probing, but the control behind it as a cohesive group is spectacular, it sounds like a drunken giant in a cityscape, some giant monster smashing against cement walls and all the while never breaks form in how purposeful it is in its construction. Contrary to the track’s general composition, its cosmic conclusion is pure audio poetry.

Abrupt changes and significant departures of original intent aren’t exactly new ground for Imperial Triumphant, but each individual component is elevated on this album. “Cityswine” does a phenomenal job of softening these components. It’s colder, tonally, but balanced with a warmth in its Latin jazz roots displayed prominently through the guitar work. This alone brings with it a clarity to what is otherwise an intricate sonic corpse. Each individual instrument provides such rich instrumental storytelling that it can be overwhelming. It’s also fascinating that this is effectively two separate tracks stitched together by an interlude of percussion, its second half offering almost no coda or reference to the first but plays like an extended jam session of how a live performance might sound.

Alphaville, as an album, is working at capturing something else though entirely. Imperial Triumphant are not going after sheer intensity or aural violence, some paltry shock factor. Instead they play with time signatures in ways that might be prohibitive for most artists. “Atomic Age” calmly transitions not only rapid shifts in tempo, but also timbre, featherlight and delicate, whisper-quiet riffs and snarling vocals  into crushing, teeth pummeling refrains. It doesn’t stop there; it flirts openly with blackgaze-inspired harmonies, sounding almost pretty before falling back into a pit of caustic, snarling riffs.

Given the aforementioned aesthetic references to art deco as well as some referential soundscapes to early jazz, “Transmission to Decay” presents a beautiful, haunting piano melody—which is shattered by a pure black metal blast beat. Its horn segment, however, is magnificent, backed by an angelic choir. These dichotomies are constantly built throughout the album by deploying gentle or ambiguous tones against rigid and violent aggressive passages, forming an evolving portrait of a soundscape that oscillates between two opposed concepts. These dichotomies of both tempo and tone are brought to bear fully on “The Greater Good” as a central motif, effectively completing the exploration that Imperial Triumphant started. Within lies a fascinating concept of Alphaville, that every motif is explored in full, there’s not one time that the band didn’t look into a concept and bring it to its fruition through careful placement. No stone is left unturned.

Soundscapes throughout the album are just otherworldly, sometimes burgeoning and bursting at the seams, sometimes minimal, whether acid jazz-drenched nightmares or something more serene. Regardless, Alphaville showcases both a dynamism and a commitment to fidelity that is felt within every second of its production, which is damn near flawless. Everything here, such as a forward-facing percussion track is oriented as a conscious choice in the context of the band’s suite. It’s one of the rarer experimental metal albums where every single layer is evident and accounted for, justified by its intent and clearly communicated with a dialogue that begins with the first track.

Imperial Triumphant close Alphaville not with a towering display of virtuosity and reverb, nor with a ballad, but rather what they do best: exploring the reaches of the avant garde within metal. “Happy Home” closes out the album, its childlike, hymnal structure sounding at first perhaps too experimental, almost impossible to center between operatic choirs and murmurs and a weirdly placid guitar until a blast beat takes it home. In an even more puzzling result, it remains playful as eerie and dilapidated as it sounds.

Alphaville is not without missteps, but its faults never materialize beyond the odd stylistic flourish, or perhaps a lack of vocalizations beyond that of a lower/higher end death growl, which is a defensible stylistic choice. What Imperial Triumphant has created here isn’t so much an effort that points toward evolution as it is a completely new exploration of fully synthesized and realized motifs. Alphaville is one of the most technically impressive albums of 2020. Its intricacies extend beyond its decadent aesthetic; they are a vehicle of absolute clarity, a portrayal of a world that is terrifying, decadent, and yet, still beautiful. A world not too dissimilar from our own. 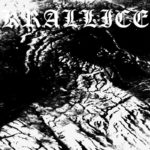 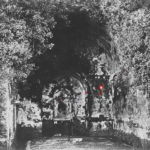 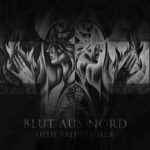