Since 2001, ASG has been making some amazing noise with their infectious combination of stoner metal, punk rock and southern-tinged classic rock. While ASG’s sound may be difficult to categorize, the sheer power of their music is without question. After an extended break between full-length albums, ASG returned with a dominant new album, Blood Drive.

Treble recently caught up with ASG’s lead singer and guitarist Jason Shi to discuss Blood Drive, signing to Relapse Records, living in North Carolina and the power of the riff.

Treble: First off, kudos on Blood Drive. It’s the band’s first album since 2007, so, it’s been a minute. What’s been going on with you?

Jason Shi: To back myself up, technically we were done writing the album this time last year. We recorded it in August, so I’m not gonna say it feels old to me but… that, and we put out a couple of splits between the last full length in ‘09 and ‘10. So four songs each, and I’ve got a little side thing, so six songs or so. I see totally what you’re saying. Maybe potentially we got a little bit complacent, like, hey are we gonna keep doing this, we’re in our thirties? I think it was clear the last two years that we needed to find a new home away from Volcom. That kind of took some time, so it was the perfect time with Relapse to put some fresh air into our sails, so to speak.

Treble: With Blood Drive being your first record for Relapse, can you tell me a little bit about the decision to leave Volcom and sign with Relapse?

JS: Volcom made it pretty clear, and I love those dudes, they were super cool with us, but they made it clear that we weren’t gonna record another record with them based on the offer that was on the table. So it was kinda like, what are we gonna do next? Ironically, we run a little online store for CDs and t-shirts to gather gas money over time for tours. I ship all this stuff myself and I noticed that I got an order from the Relapse office in Philly. I’m looking at the order form, and you know you can leave a note and it turns out to be the Vice President saying “Hey, just so you know you’ve got a lot of fans here in the Relapse Records office.” So I responded, and said “Oh cool, you guys should put out our next record” and the next response was “is that an option?” and then it kind of grew from there.

Treble: So it was really just a spur of the moment opportunity then?

JS: Oh, no joke. There were no demos sent or anything like that. It was totally a pretty cool story, and then went to emails and phone calls. You know, it was awesome for us but kind of daunting, like “oh shit, we gotta get this fuckin’ nose to the grind!”

Treble: Especially with a label like Relapse with all the history and the bands….

JS: Right. Legendary bands that we grew up listening to. I think the first year we ever played out of town, maybe 2001 or 2002, we were in Philadelphia and we walked by the Relapse store and I bought a Mastodon shirt, you know had no idea. Couldn’t even fathom it at the time. It was cool.

Treble: On Blood Drive you worked with producer Matt Hyde again. Was Relapse cool with you bringing Matt along for the record?

JS: As far as Matt and Relapse, there was a little concern with me as we talked through the details; I was like “are we heavy enough for your label?” I was concerned about not being extreme enough. But they said “we would’ve put out Win Us Over,” which is the last record that we did with Matt. I said “I know Matt would be on board if we do this,” and they said, “that’s what we want.” So that part was super easy. 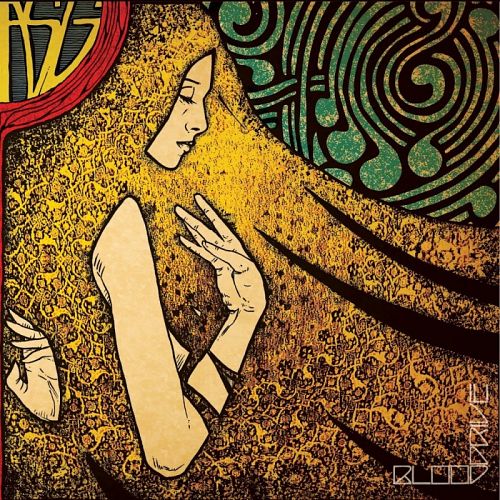 Treble: What does Matt bring to the table for the band?

JS: As far as Matt goes, he loves our band which is really important because I hear all these horror stories about bands working with producers and they’re just doing it for a buck and they fall asleep at the wheel. Also, I’ve learned more from Matt Hyde about songwriting than anyone else. It’s like someone going in your head and clearing out the clutter. To an extent, I can prepare, knowing him. Like, if I’m having trouble with arrangements on certain songs, I can leave some songs really open and blocky, knowing that he can help me in that area. You know what I mean?

Treble: Yeah, for sure.

JS: Some he doesn’t touch you know, and says “dude that’s a winner. Don’t change a fuckin’ thing.” And then we attack the problem songs first.

Treble: Does he do the same for vocals? I know that, at least in the beginning, you rather reluctantly took up the position of singer.

JS: We started this thing as a beach/punk rock/metal thing and no one wanted to sing. We were all embarrassed to sing. No one was a natural singer, or knew we were natural singers, so it was total cookie monster vocals. And then it was trying to sing, but mumbly, low tonal thing. As the confidence grew, it took a decade, but I’ve felt like the muscles in my throat just started permitting me to do more things, so I was like, fuck it, why not?

Treble: Especially on this record. Vocally, it sounds really strong.

JS: It’s been physically damaging to me, so things aren’t gonna be the same as they were for the last ten years.

Treble: That’s one of the things I enjoyed most about Blood Drive. It’s got some really heavy elements, but the clean vocals really make it stand out.

JS: You know, you’ve gotta be really careful with it, and I hope we pulled it off. I know that there are gonna be some of our longtime, underground fans that are gonna be like “oh fuck they’re changing again,” but, I still think it’s really heavy music and I hope that stays through it.

Treble: Even on a song like “Castlestorm” where it’s a heavier…

JS: And we can do that! I know we can do that and I knew that going into this record. I felt like we’ve done that, and I wanted that to continue on. I’m totally into that type of stuff, but to me it would’ve been easy to do ten songs just like that you know?

Treble: Well and that’s one of the things that piques my interest. There are elements of punk, stoner metal and doom and all sorts of stuff going on, so where did those things come from? What are some of your influences?

JS: It’s all over the place. I’m in my thirties so I grew up on stuff like Jane’s Addiction. They were my high-school crush thing. I go through these stages of total band worship, nothing but them for several years; it was that kind of thing. So I cut my teeth with them, cause they were dangerous, artsy and weird and from L.A. and had a kind of weird story going on. It was epic songs, but still kind of like they could make fun of themselves. And then there was Kyuss and Queens of the Stone Age stuff, and [I was] raised on classic rock with Zeppelin and Sabbath. Then there was the punk rock discovery era, late teens early twenties, and metal’s always been there. So it’s like, what can you do to fuse all that together? Which probably hasn’t really helped our career? I think people would really rather you be one or the other.

Treble: Being from Wilmington, N.C., has that hindered your sound, or do you think that maybe coming from a place that isn’t necessarily known for heavy music helped you develop more?

JS: I think that we would not exist without this town. Period. You could do a case study based on the size of the town, you know? If it was any bigger, we wouldn’t have lasted. If it was any smaller, we wouldn’t have lasted. Without the University, there wouldn’t be a confluence of new people. There’s enough of a music scene with clubs getting some national acts, and a thriving local scene that’s kind of gone up and down with heavy music over the last ten years, that it could only work perfectly here, like it did. Bands like Weedeater and Thunderlip — that kind of rubbed off on us. Some of those bands are way heavier and gnarlier than us. Extreme, but that suits them.

Treble: The guitar riffs on Blood Drive really stand out. It seems like every song features a really great riff…

Treble: So what’s the process for writing?

JS: I think that’s what starts first is me on the couch drinking coffee and the riff comes. In the old days, that was the issue.  We have a cool riff, you can see the potential as you listen back to the earlier records, and the songwriting just wasn’t there. But yeah, it starts with the riff, so if you can come up with a bit of melody, or several great riffs in one song, that’s the idea. You always just hope as a guitar player that the riffs keep coming cause a lot of your favorite bands, they seem to run out you know? I’m like “oh shit, when’s that gonna happen to me?”

Treble: It’s always a bummer when you pick up an album where two songs kill it and the rest of the album is just kind of like “ehhh, that’s alright.”

JS: Right! What if you could do one record where every song has a fuckin’ riff. A good one. A winner. And how do you do it when it’s not the same, even when they’re good riffs?

Treble: So what are you listening to these days?

JS: I don’t really search for new music. They were streaming our record on Pitchfork or something and I barely know what that is, you know what I mean? So either bands we’re playing with, or friends that know kind of what your vein is, just getting recommendations from them for new stuff. But, I always find myself going back to classic stuff and stuff that maybe strikes people, like old country music. I like that band Ween a lot. They get to do whatever they want. I think they’re rad. I love bands like Converge and Zeke. Those bands are extreme, but there are really good songs in there. Just being extreme for the sake of being extreme, there’s an audience for that, I get it. But the good ones for me have songs in there, too.

ASG : Win Us Over