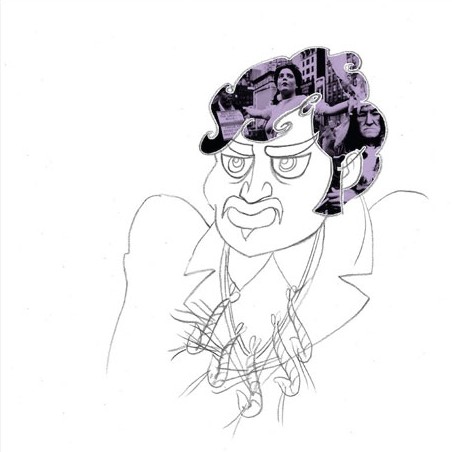 King Khan and the Shrines recently announced their signing to Merge Records, finally giving the Montreal-based garage-soul band the proper U.S. label it’s been lacking for so long. And on Sept. 3, the band will release Idle No More, their long-awaited follow-up to 2007’s What Is?!

The title, per a press release, is named after an indigenous-rights movement, and Khan describes the album as “probably the most refined piece of music we have made to date.”

The songs are about the state of the world we live in today. It took a long time to make, but we are very proud and pleased to bring you this album. I hope that the future will brighten up every time it is played. Ultimately, John and Yoko were absolutely right: LOVE IS ALL YOU NEED!

No tracklist has been revealed just yet, but the image above is its cover art. Listen to “Bite My Tongue” in the new video below.

King Khan & the Shrines – Bite My Tongue from Merge Records on Vimeo.