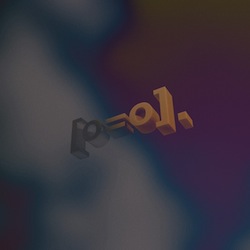 Juding UK singer and producer Kwes by his debut EP Meantime, the immediate reaction would concern the shy, humble, yet ultimately charming personality he put forth. One of its highlight tracks was called “Bashful,” and Kwes, whose real name is Kwesi Say, has spoken about being a fairly shy person. The intimate and warm way in which Kwes crafts music, however, makes that shyness into a strength rather than a liability. The way he cycles through the line, “I’m bashful/ still bashful/ still bashful/ so… bashful,” it almost comes across as a frustration, but it’s hard not to be on his side. Likewise, when he serenades a head of cabbage on “Honey,” his introverted charm grows all the more endearing.

Beneath that charm, however, swirled the unconventional, accessible but sometimes chaotic creations of a producer with an ear for fun and unpredictable sounds. It’s the aspect of his music that made the most sense in the context of his partnership with Warp Records. Songs like “Bashful” and “Igoyh” came across like early ‘90s IDM gone pop, which is one way of describing what they are. Ultimately, though, Kwes is a pop songwriter, which is why it’s all the more confusing that his debut album ilp begins with more chaotic sounds. First track “Purplehands” is all darkened mist and animalistic squawking — until transitioning into a gorgeously psychedelic dirge that slowly reaches a beautiful, climactic waltz.

The whole of ilp is a brilliant balance between artful abstraction and moments of serene pop bliss. It helps the cause that Kwes is expert at crafting both, so it’s not as if either extreme suffers for the back and forth. Kwes dials back the more prominent pop hooks a bit on ilp, allowing his more atmospheric tendencies to thrive on ballads like “Flower” and “Broke.” But when he’s set on dropping a melody-driven, hook-laden wonder of a tune, like “36,” it’s a thing of lush beauty. Riding a Madlib-style crackling bassline and a gorgeous piano hook, Kwes pays tribute to his grandparents with a gentle, winning sincerity. There’s a similarly heartfelt scrappiness to “Rollerblades,” a simple love song about rollerblading with a paramour, built on a bed of brushed beats, twinkles and gorgeously woozy guitar.

In certain small sections of ilp, Kwes seems to drift away from pop music entirely. The ambient, distortion-heavy “Chagall” wouldn’t have sounded out of place on the two most recent Tim Hecker albums, whereas “Hives” has a dark and disorienting urban vibe that feels a lot more Andy Stott. Just last year it would have been hard to predict Kwes taking these bizarrely dark detours, though they’re relatively minor pieces of a larger whole. More interesting is the lengthy “Cablecar,” which takes on more of a shoegaze/dream-pop sound in expressing Kwes’ subtly haunting melodies. It’s more A.R. Kane or Disco Inferno than James Blake or Jessie Ware, which is a fascinating development, and a rewarding one. In just a year’s time, Kwes has expanded his repertoire dramatically, keeping his pop instincts intact while pushing farther outside of his comfort zone. And just when it seems as if his more experimental tendencies have taken over, he ends the album with a slightly reworked version of “Bashful,” titled “B_shf_l.” The shy, understated charm remains; we just know better, by now, that he’s selling his boldness short.