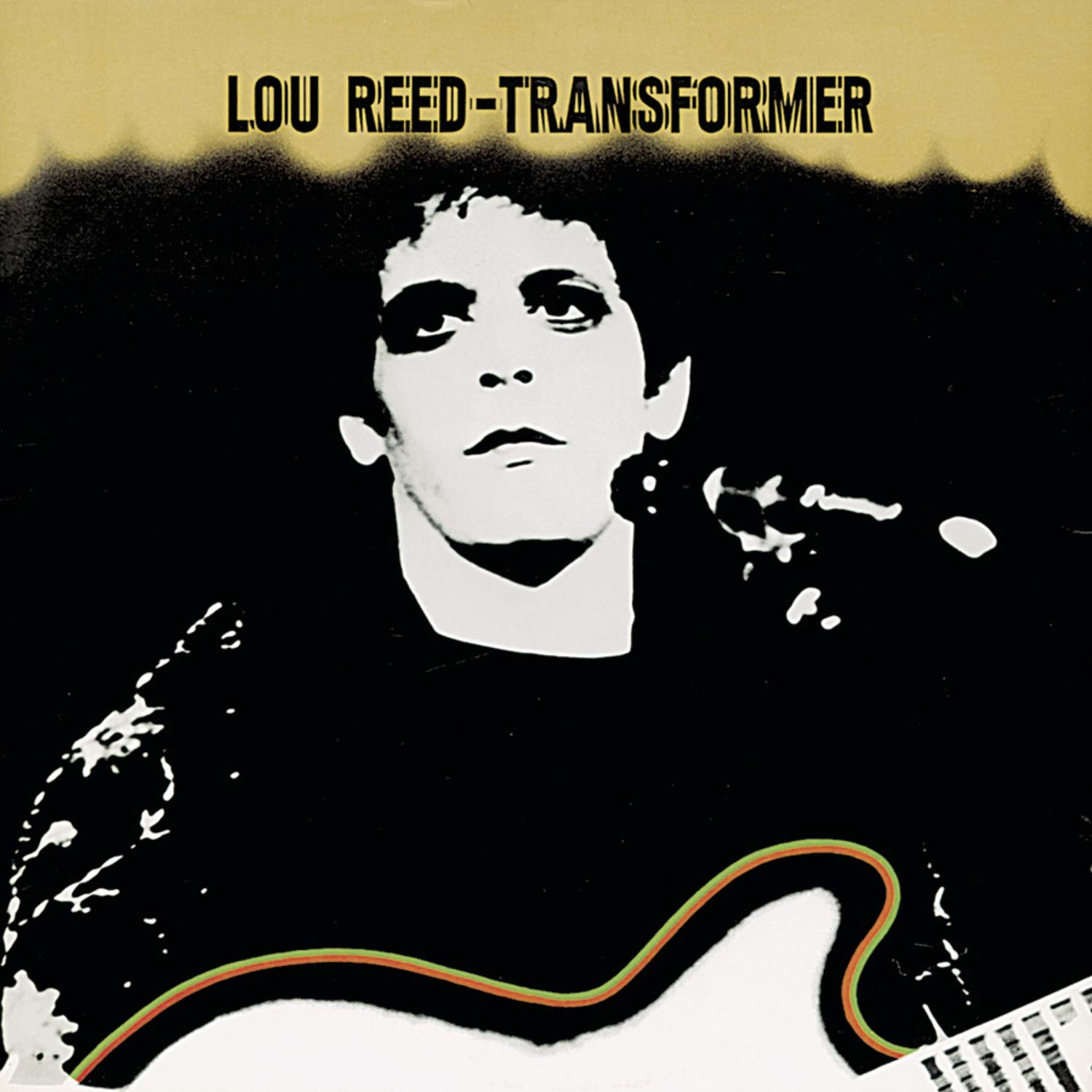 “In the midst of all the make-believe madness, the mock-depravity and the pseudo-sexual anarchists, Lou Reed is the real thing.” –from a radio ad promoting Lou Reed’s Transformer

The first time I heard “Walk on the Wild Side,” I had no idea who Lou Reed was. I was in elementary school, and the Sugar Plum Fairy was still just a character in The Nutcracker. Candy was a woman’s name, and I wasn’t exactly sure what she was doing in backrooms, but knew well enough not to ask my parents. I had never heard the bizarre, slightly maleficent description from the above radio ad, and wouldn’t until years later, when I finally bought the RCA reissue.

Even now, I still can’t explain what a pseudo-sexual anarchist is. But what I knew then and know today is that “Walk on the Wild Side” is one of the most magical and exhilarating songs in rock’s short and ever-evolving history.

And in 1973, when Transformer debuted, everyone who bought it heard an album that was uniform in its dirty, dark power. It must have been a welcome relief to those who had followed Reed’s career until then—his first solo work, 1971’s Lou Reed, proved somewhat flat, and left many thinking he might not recover from his fissure with the Velvets the year before.

Enter David Bowie—who is no doubt crawling all over this feature. Just as Reed served as mentor and muse to the emerging Mr. Stardust, Bowie returned the favor (along with guitarist Mick Ronson) by offering to produce his second album. The New York scene inspired a number of Bowie’s early tunes (“Andy Warhol,” “Queen Bitch”), so it seemed fitting that glam would eventually rear its glittery, makeup-smeared head on Transformer.

It’s impossible to hide that epic sense of rock on “Vicious,” even when it’s seething beneath Reed’s dry delivery. It kicks off the record with a cocky swagger that saunters through the rest of the album, lending extra bite to the already catty lyrics. “Vicious / Hey, why don’t you swallow razor blades / you must think I’m some kind of gay parade / but baby, you’re so vicious,” Lou drawls, and you never have to ask what a sneer sounds like again.

Reed’s writing chops get even more exposure on “Andy’s Chest.” It begins as a simmering tribute to New York’s hipster king (or queen?), Andy Warhol. Adding piano and backup vocals, it blows up into an anthemic menagerie filled with swooping bats, leashed ocelots, and cryptic references to the colorful personalities within Warhol’s esteemed circle. “You know what they say about honey bears / when you shave off all their baby hair / You have a hairy-minded pink bare bear,” sings Reed. I have no idea what he’s talking about, but I’m almost sure it’s something dirty.

For all the mystery of the first two songs, “Perfect Day” is a pretty straightforward love song. Violin strings whine over lazy piano notes, both of which swell to a loud and beautiful climax, followed by Reed’s soft sighs. The man who gave us “Venus in Furs” is capable of very sweet sentiment, when his heart is inclined. “Hangin’ Round” was obviously lent a touch by Bowie in its glammy power-rock, as does the rollicking numbers “I’m So Free” and “Wagon Wheel.” “Make-Up,” with its references to cosmetics-galore and emerging from closets, is proof Reed was reaching deep into the well of Glam—and for better or worse, came back up with a tuba.

“New York Telephone Conversation,” is a bit of a throwaway track, but it’s a damn good one, swiping at the vapid chatter in “the city of shows” with a cheery little piano ditty. “Goodnight, Ladies” isn’t a throwaway track, but more tuba and lazy jazz is only fitting when you’re really drunk in a bar around closing time.

It’s the material that sounds most like pure Reed that stands out on the record, though. “Satellite of Love” and “Walk on the Wild Side” are the best known of these, and for good reason. Both let Reed indulge in an ebullient, almost spacey kind of pop. “Wild Side,” especially, is swathed in the electric danger of late-night city life. You can almost see a slight grin growing on Reed’s face during the “doo-da-doo” chorus, like a young hustler offering you the shadowy dives and dim lights of New York, knowing you’ll be hooked with just one taste.

That taste was enticing enough to make Transformer one of Reed’s most commercially successful albums, cementing his legacy and restarting his career. His future lay in increasingly experimental art-rock—which, at times, could have benefited from a dose of make-believe madness rather than the run-of-the-mill sort. But it’s Transformer, with its decadent Candyland of transvestites, hangers-on, pushers, and urban weirdness that gets most giddy. Reed played flashlight tag in rock’s hidden realm, and in the glare of his piercing light, his fans reeled with the knowledge that shock sells—and mock-depravity isn’t the only means to a good song.