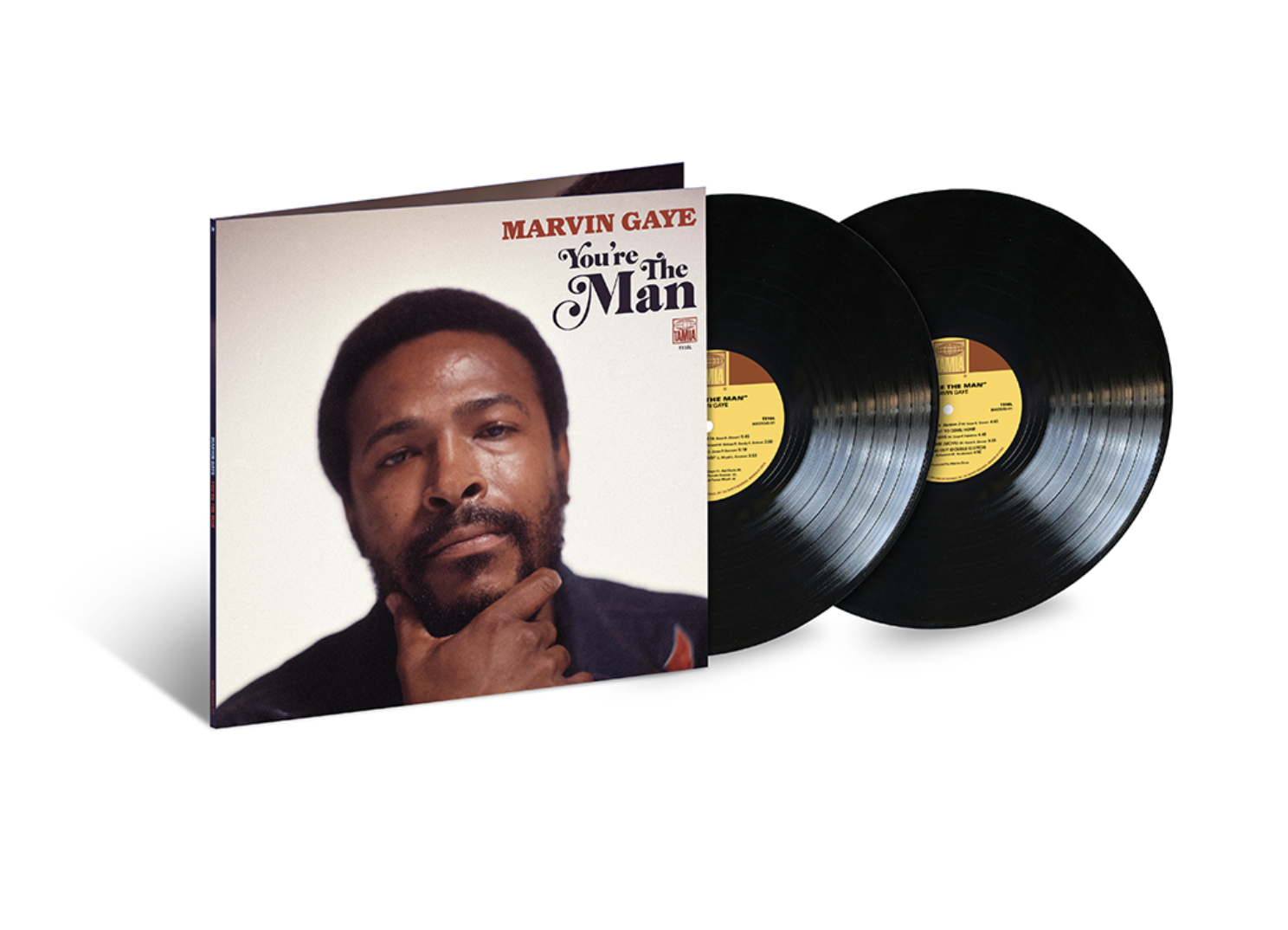 Marvin Gaye‘s previously unreleased album You’re The Man is finally being released. The album was originally planned to be the follow-up to Gaye’s 1971 masterpiece What’s Going On, but ultimately ended up being scrapped. Now UMe is reissuing the album in a double-vinyl format on March 29, just a few days before what would have been Gaye’s 80th birthday. The reissue features liner notes from biographer David Ritz, who writes, “Gaye’s deeply personal internal conflict as a source of creative vigor and emotional burden as he experienced What’s Going On‘s massive success and all that came with it.” Take a look at the tracklist below and Salaam Remi’s remix of “My Last Chance.” Pre-orders are available here.

Marvin Gaye’s “What’s Going On” is featured on our list of the Top 50 Protest Songs.