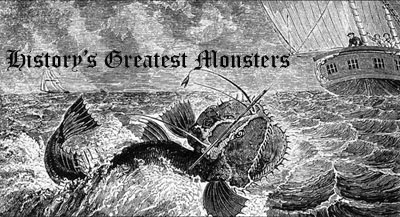 “History’s Greatest Monsters” is a regular evaluation of albums deemed some of the worst in history. We do this not for the sake of schadenfreude, but to try to understand how these reputations were earned. Certainly, there are bound to be pleasant surprises. And certainly, there will be some truly unpleasant experiences in the months ahead. But we’ll all be better people for it, and hopefully we will have all learned something, and had a good laugh. Periodically, we will publish a Progress Report, to recap just where all of our candidates stand on the hierarchy of bad music, if they do at all.

Three decades of perfection is impossible to achieve. One decade? Sure. Two? Maybe. But three? That requires an almost superhuman commitment to craft, editing and taste that, frankly, even the best among us cant keep up for 30 years straight. Yet there are a scant few artists whose discographies come startlingly close, one of the best of the bunch being the consistently innovative and frequently radically experimental Sonic Youth.

On a recent Spin list of Rock’s 30 Best Winning Streaks, Sonic Youth landed at number one with the implication being that their catalog is flawless. And in our own Celebrate the Catalog feature on the band, Chester Whelks scored no album of the Youth’s anything less than 7.0 (out of 10). Yet these both seem to ignore a pretty big elephant in the groups stylish room: NYC Ghosts & Flowers. It boasts the bands lowest score on Metacritic at 66, which, admittedly, isn’t that much lower than their average score of 75. Yet, in a much more notorious act of critical backlash, Pitchfork bestowed upon the album one of its rare 0.0 scores.

It looks like a knee-jerk reaction on its face, but getting to the bottom of the mixed, or even hostile reactions to NYC Ghosts & Flowers requires taking a look at what came before it. The primary factor in what makes Sonic Youth saints among indie rockers is how beautifully they’ve been able to combine dissonant strains of noise rock with dreamy melodies, and how they applied an epic progressive approach to what ultimately amounts to a tweaked brand of punk rock. They’re guitar heroes for those who had grown weary of pentatonic scales, and rock stars for those who didn’t believe in rock stars. Daydream Nation, life changing as it was for many (including Sonic Youth), isn’t an island in their catalog — it’s surrounded on either side by essentials, and that consistency goes deep. There are slight hiccups (Experimental Jet Set), and somewhat more difficult entry points (A Thousand Leaves), but almost all of it rewarding.

Whatever winning streak Sonic Youth had going, however, stopped dead in its tracks with 2000s indulgent wreck of an album, NYC Ghosts & Flowers. Supposedly intended to be a companion of sorts to their Goodbye 20th Century, an avant garde piece that paid homage to composer heroes like John Cage, Ghosts is another tribute of sorts to beat poetry icons like Allen Ginsberg, an influence on the band whose name previously appeared on 1998’s ”Hits of Sunshine (For Allen Ginsberg).” On its face, this kind of artistic statement doesn’t seem out of place for a band like Sonic Youth, nor does the fact that it’s a highly non-commercial work with no singles to speak of and few distinct melodies. But the deeper an artist digs into mixtures of instrumental drone and spoken word, the more careful a line they have to walk. On NYC Ghosts & Flowers, Sonic Youth ignore the line completely.

Representing all of the band’s worst indulgences while featuring almost none of the qualities that made them enduring alternative music heroes, NYC Ghosts & Flowers is what Sonic Youth must sound like to people who hate Sonic Youth. I’ve long loved the bands music, and own a pretty big chunk of their catalog, but after hearing this, I kind of hate Sonic Youth. And the most frustrating thing about the album is how promising it sounds at first. ”Free City Rhymes,” while still a few minutes longer than it should be, has that spark of dissonantly intriguing promise that Sonic Youth listeners have embraced and adored for decades. It’s dreamy and psychedelic, a work of texture and feeling more than melody, but nonetheless one that has something to hold onto, however ephemeral.

What begins as promise turns to shit soon thereafter. The rhythmic groove of “Nevermind (What Was It Anyway)” has an initial allure that turns out to be a kind of cruel tease once Kim Gordon starts her inane chanting (“Boys go to Jupiter, to get more stupider”). And it really only gets worse from there. Thurston Moore throws his hat into a poetry slam on ”Small Flowers Crack Concrete,” which is sort of the aural equivalent of videotaping a plastic bag floating around in the wind and trying to pass human carelessness and garbage off as some kind of beautiful statement. A sample couplet: ”The narcs beat the bearded oracles/ Replacing tantric love with complete violence.” Not convinced? Try this one: ”Ink stained hippies with boxed lunch and marijuana/ Mystery plays of shit and marijuana, blessed by colors from a black hat.” Should I start snapping my fingers?

“Side2Side” is little more than a repetitive bass snap and more of Kim’s chants, while the title track, supposedly the good song on the album, presents an improvement of sorts over the dizzy beatnik mush that preceded it, but still isn’t anywhere near the peak of Lee Ranaldo’s most notable contributions. More poetry, more dissonance, albeit with fewer embarrassing combinations of words, its interesting without really being wholly memorable, though its at least a step up from “Small Flowers Crack Concrete.” Yet Ill go on record as saying album closer ”Lightnin” is the most pointless track in the band’s entire discography. Nothing more than guitar jabs, feedback and Kim repeating the lines, ”Lightnin’ strikes me down,” it eats up a solid three minutes without doing a goddamn thing.

In 2002, I went to the first West Coast All Tomorrow’s Parties festival, curated by Sonic Youth, and between sets by Califone and Sleater-Kinney, watched Lee Ranaldo treat the audience combination of free improvisation and performance art. Though it ended up being mostly what I expected, I’m almost certain that halfway through he put down his guitar to start playing video games. I almost feel like thats whats going on here; clearly uninterested in what their audience expects or wants, and seemingly expressing no interest in even having an audience, Sonic Youth on NYC Ghosts and Flowers offers neither the radical experimentation of their SYR releases nor the innovative melodies of their proper full lengths. What’s left is an album thats at best half-baked (or really, really baked), and at worst a great band, with more great albums to come, resorting to trolling.
Final Grade: D-