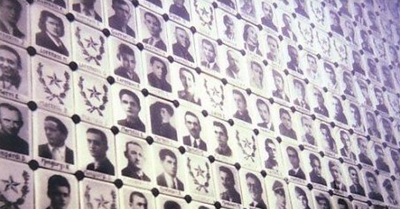 I just recently took a vacation to the Northwest, visiting my brothers in Seattle and relaxing and getting in touch with the local wildlife in Vancouver. It was a refreshing and welcome change, and any diversion from the norm is nice, but part of the highlights of any vacation is the record shopping that occurs during said venture. I did my share, stopping at Scratch and Sonic Boom, seeking out those delicious aural treats whose promos didn’t end up in my hands. There’s a certain satisfaction in purchasing new music, even if digital distribution is increasingly where the industry is going. And I revel in unwrapping and ceremonially taking part of the joy in playing these new treats for the first time.

But as I looked over my bounty, it hit me; even though most of what I had purchased had already been covered on Treble, it had been about eight months since we last printed a Perversity feature. For shame! There are always records that fall through the cracks, and some are pointed out to me, quite painfully, by the Treble community. We believe in second chances, mainly because it’s never too late to discover a great new album, and we’ve got several more to share this week. Rather than put them all up at once, we’re teasing you with a few each day. We promise, though, that they’re all spectacular.

And true to the name of this continuing saga, not owning these albums is, indeed, perverse.

“In a genre which has become somewhat over-saturated by the easy access to computers and music software, it’s rare to find voices with the kind of vision and grace that Hecker displays here.”

“Taiga, which apparently is both a Japanese word (“big river”) and a Russian word (“forest”), is a rich and varied palette of jazz improvisation, tribal pounding, electronic grooves, psych-rock and generally unexpected and exciting combinations of sounds…”

“If you want to hear something loud, and full of primal yelling, this is a dangerously new alternative, if you are so daring.”

“Before the group found its way into indie hearts across the country, and the globe, they were a bit less of a pop group, a lot more tribal, and something much closer to the animals they claim to be.”

“While Eggs was a catchy, whimsical pop album with jazzy flourishes, Armchair has Bird layering on a stronger guitar presence, albeit one backed with the whistling and violin we’ve come to love from the Chicago songwriter.”

“Interestingly enough, while the discs are separated thematically—Brawlers being the rockers, Bawlers being the ballads, and Bastards being the weird, experimental odds and ends—somehow each ends up being a strong collection of its own, each track fitting together nicely.