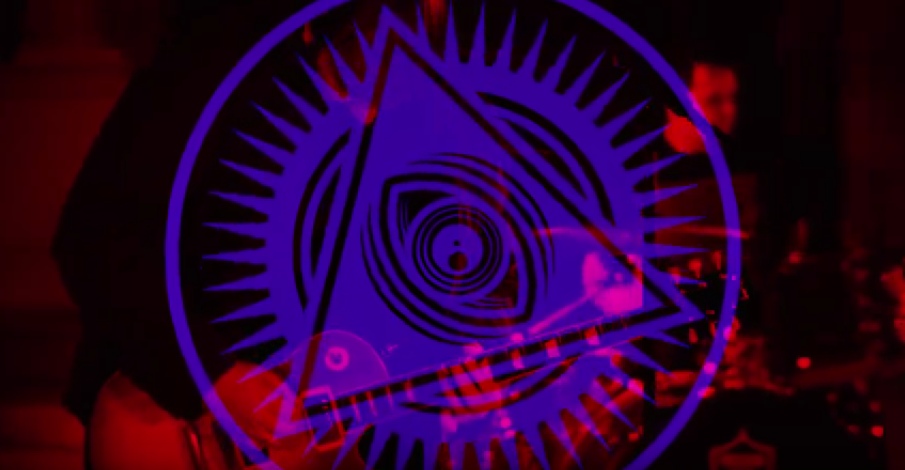 In October, Boston heavy psychedelic band Sundrifter released their new album Visitations via Small Stone. And today, Treble premieres a new video for the track “Sons of Belial.” Just like the riff-heavy track, the video itself, filmed and edited by Dan Schwartz, has its share of trippy visuals to go along with clips of the band rocking out. There’s an eeriness about the red glow that permeates the video, and the spinning pyramid adds an ominous quality as well.

Here’s what the band had to say about the track:

“The video for ‘Sons of Belial’ was filmed at Futura Productions in Roslindale Massachusetts. The space used to be an old Masonic Temple later converted into an orchestral recording studio. We have been fortunate enough to be able to use the space for tracking both our albums Visitations and Not Coming Back. The space has a certain feel and most importantly an incredible live sound for drums! For the video we wanted to glow the entire room red, similar to our live shows. The red glow can put us in a certain state of mind and it creates an atmosphere which allows a complete experience for the audience. We strive to create imagery through song writing and set certain vibes for the listener and this video for ‘Sons of Belial’ tries to capture that experience.”

Watch the Sundrifter “Sons of Belial” video below.