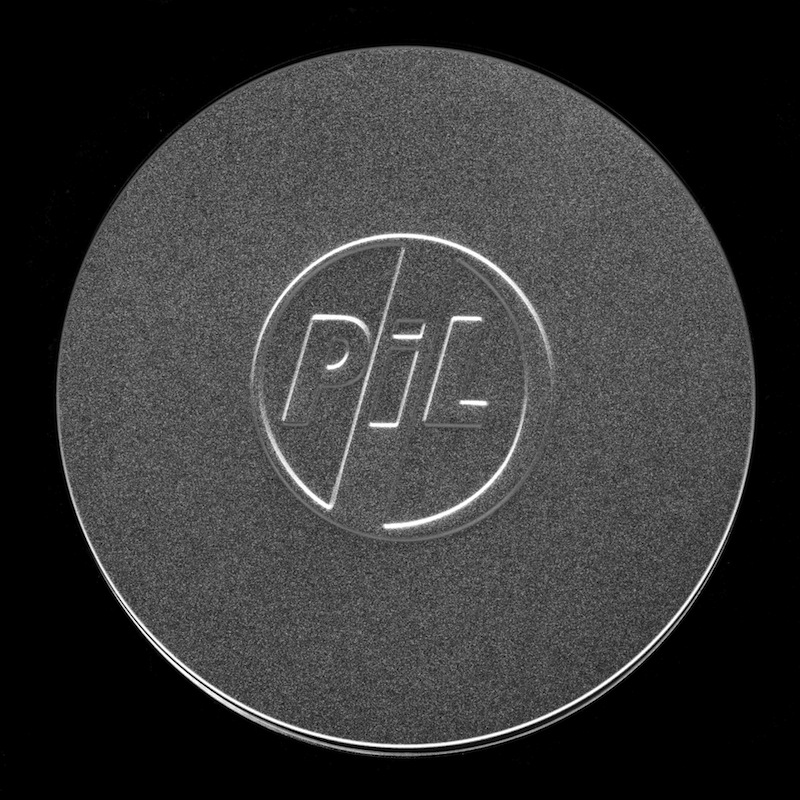 Who knew Johnny Rotten had it in him? The Sex Pistols were, unarguably, one of the most influential bands of the ’70s, and possibly ever. But who thought, that after famously leaving the stage at the Pistols’ last gig in 1978, saying, “Ever get the feeling you’ve been cheated?” Rotten had anything left in him? After a three-week jaunt to Jamaica with crazy gajillionaire and head of Virgin Records Richard Branson to discover new reggae acts, Rotten emerged, reverting back to his birth name John Lydon, with a whole new outlook on the music he wanted to create.

The Sex Pistols were revolutionary, in part, because they weren’t very good musicians. Metal Box, on the other hand, showcases an arsenal of musicians quite adept at their own particular styles. One of the signifiers of post-punk, a genre that Metal Box had no small part in creating, is the sharp, angular guitar lines. Keith Levene’s use of the entirely aluminum Veleno and mostly aluminum Travis Bean Wedge make his work particularly menacing and sharp. The guitar part on “Graveyard” is so acute and clean and high that it almost hurts to listen to. Almost.

Many punk bands looked to reggae as an influence and then proceeded to incorporate it into their sound, such as the Clash and the Police to name just a few. But of all the punk bands who took it upon themselves to spread the gospel of reggae, it was frequently in great opposition to the rest of the music. The “reggae songs” on those records are easy to point out and the reggae elements, slow heavy bass, little to no emphasis on guitars, usually aren’t present in every song. But PiL’s use of reggae is much more subversive, hidden in a way that it can be incorporated throughout the album, but, at the same time, no song can be singled out as “that reggae song.” This is pretty much all thanks to PiL bassist Jah Wobble, a reggae connoisseur and Lydon’s friend before his days in the Pistols. What’s truly amazing about Wobble’s playing is that he, like Pistols’ bassist Sid Vicious, essentially learned the bass as he went along. Unlike Vicious, whose blatant refusal to learn his instrument at an even elementary level Lydon credited as one of the reasons for the Pistols’ demise, Wobble was a natural. He can keep a repetitious rhythm going like any post-punk bass player worth his salt but, at the same time, can still make the bass rather inviting. Wobble played faster than most reggae bassists but that influence is still present throughout his playing. The bass on Metal Box is mixed with a heavy presence throughout the album and gives a warm feel to a cold album. If the bassline on instrumental track “Socialist” doesn’t get you going, than nothing will. It’s almost as if Wobble showed up to band practice one day and said, “Hey guys, wanna do bong hits instead?”

Lydon himself verges on the unrecognizable. While he sometimes wanders into the same nasally, Pistols-era vocals, his voice generally remains in a substantially lower register. In exploring the lower regions of his range, Lydon never lets go of the anger that made the Pistols so electric. While other post-punkers would sometimes sound so depressing they were maudlin, Lydon keeps the vitriol flowing all throughout Metal Box. Lydon also evolved as a lyricist. No longer content to rely on his No Future mantra of yore, he expands his lyrical repertoire, touching on themes of his mother’s death, murder and the corporate grind. Metal Box is an avenue for Lydon to unleash his inner audiophile out. The original packaging for Metal Box included three 45 rpm records in, believe it or not, a metal box — a film canister. The 45s gave Metal Box a completely different sound than the traditionally 33 would have given the album by making it fuller and harsher at the same time (Metal Box wasn’t released in the U.S. until 1980, but with a new name, Second Edition, and a format that was cheaper to reproduce). As for the packaging itself, Lydon and the rest of the band committed a truly punk rock act by sacrificing a large portion of their advance in order to finance the metal packaging. Those who long for the little snot that fronted the Sex Pistols hadn’t lost their hero, yet anyway. Original ideas for Metal Box‘s packaging included a sandpaper cover so it would effectively ruin the rest of the owner’s album covers. I guess Sandpaper Box just didn’t have the same ring to it.

The song structures on Metal Box differ vastly from anything Lydon attempted with the Pistols. Album opener and opus “Albatross” is nothing if not a post-punk masterpiece. Within the longer epics, like “Albatross,” PiL can wander into vast soundscapes that there seems to be no escape from. But like Can, who Lydon was undoubtedly influenced by, PiL still has the uncanny (get it? Ha ha) ability to make these soundscapes truly enthralling.

Metal Box‘s closer, “Radio 4,” is an instrumental filled with synthesized strings for a beautiful, if off-kilter, arrangement. But Metal Box’s legacy comes from their more pop based song structures. “Memories” is dark and angular, like the rest of the album, but is utterly danceable in the same way that other post-punk songs after it were danceable: the rhythm gets you going on the dance floor and the guitar keeps you there. Metal Box is harder to digest than Nevermind the Bullocks, especially for people looking for a Sex Pistols sequel, but once you are initiated into the PiL club, you don’t leave.

Especially now, when we face armies of angular guitars and repetitious rhythm sections, it’s hard to underestimate PiL’s importance. From experimental music to noise rock to the neo-post-punkers, for better or worse, today’s musical landscape would be an entirely different scene without Metal Box. And to all of his detractors: yes, little Johnny Rotten did have it in him, if only “it” would again come out and play.