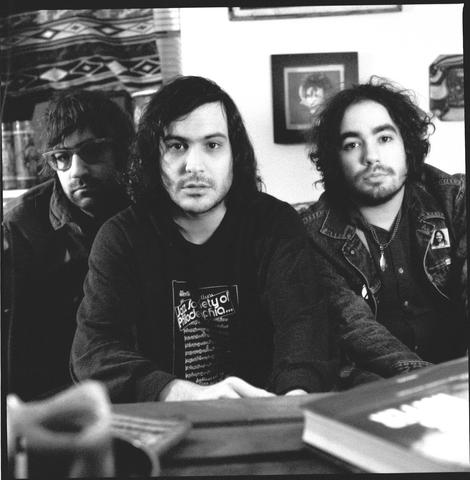 I once caught Philadelphia’s Purling Hiss in an opening slot for The War on Drugs, and a little over a year later, I’m not sure my years have fully recovered. While keeping in a similarly earthy, noisy aesthetic as their brethren in the War on Drugs or fellow Philadelphian Kurt Vile, Purling Hiss has earned a reputation for playing up the noise aspect even more intensely, sending out wicked shards of feedback and fuzz that could take out a parking lot full of windshields. It’s pretty gnarly.

And yet, “Mercury Retrograde,” the upbeat yet bummed-out new track from the band’s upcoming album Water on Mars, is far less antagonistic. In fact, it’s downright pleasant! Still noisy of course, but noisy in this instance falls more in line with Dinosaur Jr.’s radio singles of the ’90s — loud, but not menacingly so. Frontman Mike Polizze certainly dispenses with a fair amount of fuzzed out noodling, and for that matter hard-luck laments, and it’s still pretty awesome. But there’s a sense, hearing this catchy, even somewhat pretty tune, that Purling Hiss could sound right at home on a more adventurous alt-rock FM station. Don’t count on it happening, of course, but that’s a coup I could get behind.