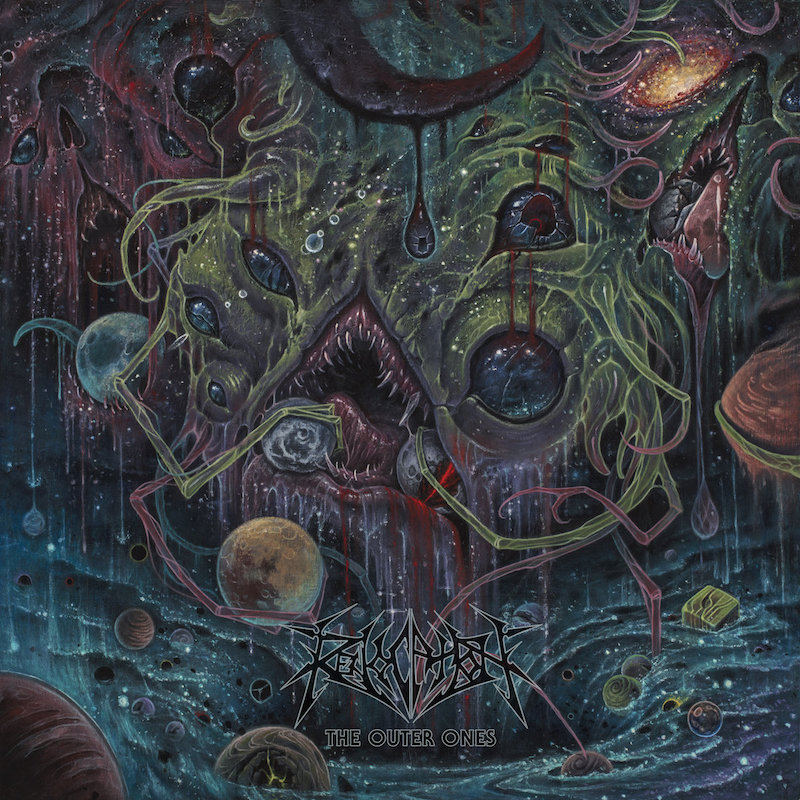 Revocation are a strange band. On one hand, their production and general knack for tunefulness, as well as an inexplicable popularity with a lot of folk who are not your typical metalheads, marks them as a more mainstream metal group, one you could easily see teens getting into as a transitional group before hitting the more sour heavyweights such as  Dragged Into Sunlight or Ash Borer or the like. On the other, their combination of technical thrash and death metal with a dash of progressive elements, something they’ve only committed to further and further as the band has rocked on, is the absolute antithesis of groups aiming for that kind of crossover success. The band, to their credit, seem gleefully unconcerned, at least when it comes to writing material, with whether non-metalheads will get it, with The Outer Ones being their furthest dive into their less accessible elements so far.

The record intensifies the death metal end of things, something the band has been pushing to the fore since Deathless in 2014. And when it comes to compelling contemporary death metal compositions, they don’t disappoint; the group certainly knows their way around both death and black metal chord progressions, tossing in at one moment a riff that wouldn’t be out of place with Mayhem or Emperor and then, moments later, one that Lamb of God or Testament could have played. The songs come across with a natural sense of flow and rarely feel artificially distended, even when moving into their third, fourth, or fifth distinct section. The group also largely stays to the tech death truism that less is more, at least in terms of runtimes, letting each song be a relatively compact statement hovering between four and five minutes rather than overwhelming the listening with a gauntlet of difficult to digest material. It is hard to fault the professionalism when it comes to craft here, both on a song and record level.

But the dryness of these compliments comes because, at some point, the record misses an indefinable aspect of death metal that comes from production, some final feral or uncontrollable component. This is something a lot of bands on the techier end of metal sometimes struggle with, producing work that demands intense alacrity on their instruments, is delivered with enough clarity that this work isn’t lost in noise, while also carrying over a sense of untamed aggression. The record for the most part feels too controlled, sounding often like the kind of technically skilled but somewhat defanged extreme metal you can find on YouTube channels played by charismatic personalities that know their stuff but sometimes miss some of those finer details.

The juxtaposition is an especially sour one because these tunes are pretty excellent. Revocation doesn’t shy away from a tightly executed guitar harmony or melodic passage when the urge strikes and avoid sounding cheesy when they do so, instead tapping into the puerile, goofy, joyous fun of the more fantastical end of heavy metal. David Davidson’s growl feels properly rough, if perhaps missing a bit of disgust and malice to really sell the performances. And when the group engages in more orchestrally composed, jazzy passages, such as the break in “Blood Atonement,” they sound absolutely great, feeling like precisely the kind of cosmically doomed gothic tragedy we associate with the more successful theatrical end of metal. It just wound sound better with a little bit more grit to it is all.

It’s a lot like the gap between Death Is This Communion and Snakes for the Divine by High on Fire, two records of top-shelf songs where the major deciding factor was production on the latter that limited the hoary power witnessed on the former. A similar issue arose this year with Conan’s somewhat underwhelming Existential Void Guardian, which dialed back the noise wall that used to cake their tunes and give them a primal, uncontrollable sense of fury, revealing weaker songwriting and riff writing than was expected. Revocation already has a leg up compared to a great deal of tech death bands. Their riffs sound human and evocative even in their inhuman technical reaches, and they maintain a key eye on riffs and solos furthering the emotional arc of a song no matter their level of technicality. Just team them up with someone like Kurt Ballou or whoever Ulcerate record with next time and give me a set of tones that will sandblast the skin off of my face to go with the tuneful technical death/thrash hybrid please. 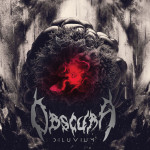 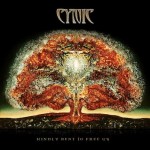 Cynic – Kindly Bent To Free Us 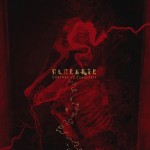