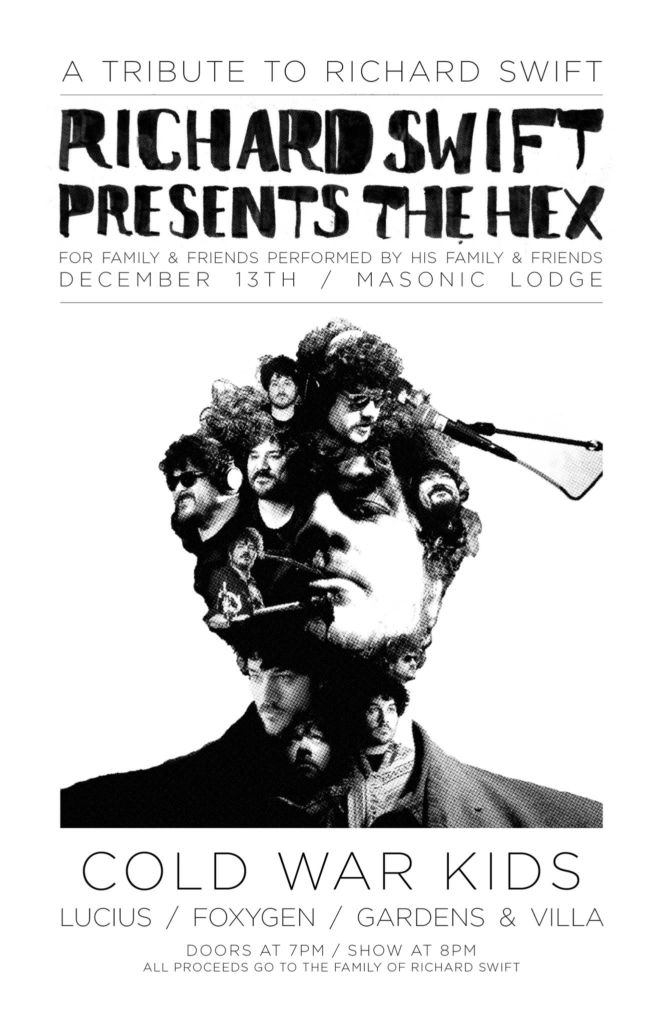 In July, singer/songwriter Richard Swift died at age 41. And next month, many of his friends, peers and musicians influenced by his music will be performing a tribute concert at the Masonic Lodge at Hollywood Forever Cemetery in Los Angeles on December 13. Among the artists scheduled to perform are Cold War Kids, The Shins’ James Mercer, Damien Jurado, Tim Heidecker, Foxygen, Lucius, Gardens and Villa, The Mynabirds, Pure Bathing Culture, Fruit Bats and more.

The tribute includes a performance of Richard Swift’s final album, The Hex, which was released posthumously in September by his longtime label Secretly Canadian. All proceeds from the event will be donated to Swift’s family.

Find out more about the event and buy tickets here.

Listen to Richard Swift’s song “Sept20,” from The Hex, below.